The Czech Philharmonic in Music and History

The gala concert of the Czech Philharmonic at the Kennedy Center and the presentation of the Antonín Dvořák Prize to that superb orchestra comes in the year of the 100th anniversary of the founding of Czechoslovakia as an independent state. The Czech Philharmonic had gained its independence as an institution seventeen years earlier. It was as if the orchestra wished to express that in Czech public life, music plays a role of special prominence.

At the time of Czechoslovakia’s declaration of independence on 28 October 1918, the leading Czech orchestra was busy rehearsing a programme that was to include the world premiere of Josef Suk’s symphonic poem Zrání (Ripening). Standing on the conductor’s podium was the young Václav Talich. In a way, Antonín Dvořák was present as well, although he had died fourteen years earlier. Josef Suk was, in fact, not only Dvořák’s on-in-law, but also a pupil of Dvořák’s and a successor to his school of composition. In addition, Suk was also a violinist in the Bohemian Quartet – an outstanding chamber ensemble.

The performance techniques of that ensemble would be carried over to the language of symphonic music by Václav Talich, who became the chief conductor of the Czech Philharmonic in 1919. And it was Talich who left a lasting mark in the form of the orchestra’s still characteristic sound. With Talich, the Czech Philharmonic gradually left behind its beginnings, which had not been at all easy in spite of the fact that Antonín Dvořák conducted its first concert on 4 December 1896.

In those days, the Czech Philharmonic consisted de facto of members of the orchestra of the National Theatre, for which symphonic concerts were extra work. In 1901, however, the theatre orchestra revolted against its new conductor Karel Kovařovic. When the players went on strike, they were all given notice. Kovařovic put together a new theatre orchestra, and at the same time the Czech Philharmonic was created as an independent institution under the leadership of Ludvík Čelanský. One of his great successes was a tour of England in 1902, on which the orchestra accompanied the world-famous violin virtuoso Jan Kubelík. No one could have had any idea that Kubelík’s son Rafael, who had not yet been born, would one day lead the Czech Philharmonic.

Otherwise, the orchestra had to struggle to maintain its existence. It played symphonic concerts, of course, and in 1908 it even gave the world premiere of Gustav Mahler’s Seventh Symphony under the baton of the composer himself. But it also played in restaurants. From 1903, the chief conductor was Vilém Zemánek, who was perhaps not a great artist, but was an excellent manager who helped the orchestra survive during difficult times and gave it financial stability. So it is perhaps logical that after Zemánek came Talich, who was able to take a stable orchestra and begin building its artistic identity. Václav Talich succeeded at this marvelously; he was not just an excellent musician, but also a person who loved music intensely. He was both like a fiery preacher and, at the same time, a superb craftsman who knew what he was doing. It was he who got the orchestra into such a shape that it was capable of standing up to the stiffest international competition. Already before the Second World War, Mahler, Ravel, Bartók, Shostakovich, and Prokofiev had earned a permanent place in the orchestra’s core repertoire. Excellent conductors also began making guest appearances with the Czech Philharmonic – Bruno Walter, Alexander Zemlinsky, George Szell, and many others. In 1941 Talich was succeeded as chief conductor of the Czech Philharmonic by the twenty-six-year-old Rafael Kubelík. The young, fantastically talented conductor continued the emphasis on programming Czech music that strengthened the nation’s confidence during the period of Nazi occupation. Kubelík led the orchestra through the end of the Second World War to the restoration of the Czechoslovak Republic. He maintained Talich’s ambitions for the loftiest artistic goals, and he founded the Prague Spring music festival – at the first annual festival in 1946, the Czech Philharmonic played all of the concerts. The young Leonard Bernstein conducted one of those concerts, making his first appearance outside of the USA.

The hopes of the orchestra and of society for new freedom ended in February 1948, when the Communist Party of Czechoslovakia seized power. Rafael Kubelík emigrated from the country, now under a communist dictatorship, and he became the music director of the Chicago Symphony Orchestra. The Czech Philharmonic had a quick succession of chief conductors until Karel Ančerl took over in 1950. During his 18-year tenure, Ančerl led the Czech Philharmonic in superb concert performances that were even applauded by Herbert von Karajan according to period accounts. It was the orchestra’s golden era, when besides the standard repertoire it also was giving high-quality performances of new music by the Czech composers of the day. Karel Ančerl was unfortunately yet another conductor whose artistic career was disrupted by politics. In 1968 he emigrated to Canada in protest against the occupation of Czechoslovakia by Soviet troops. 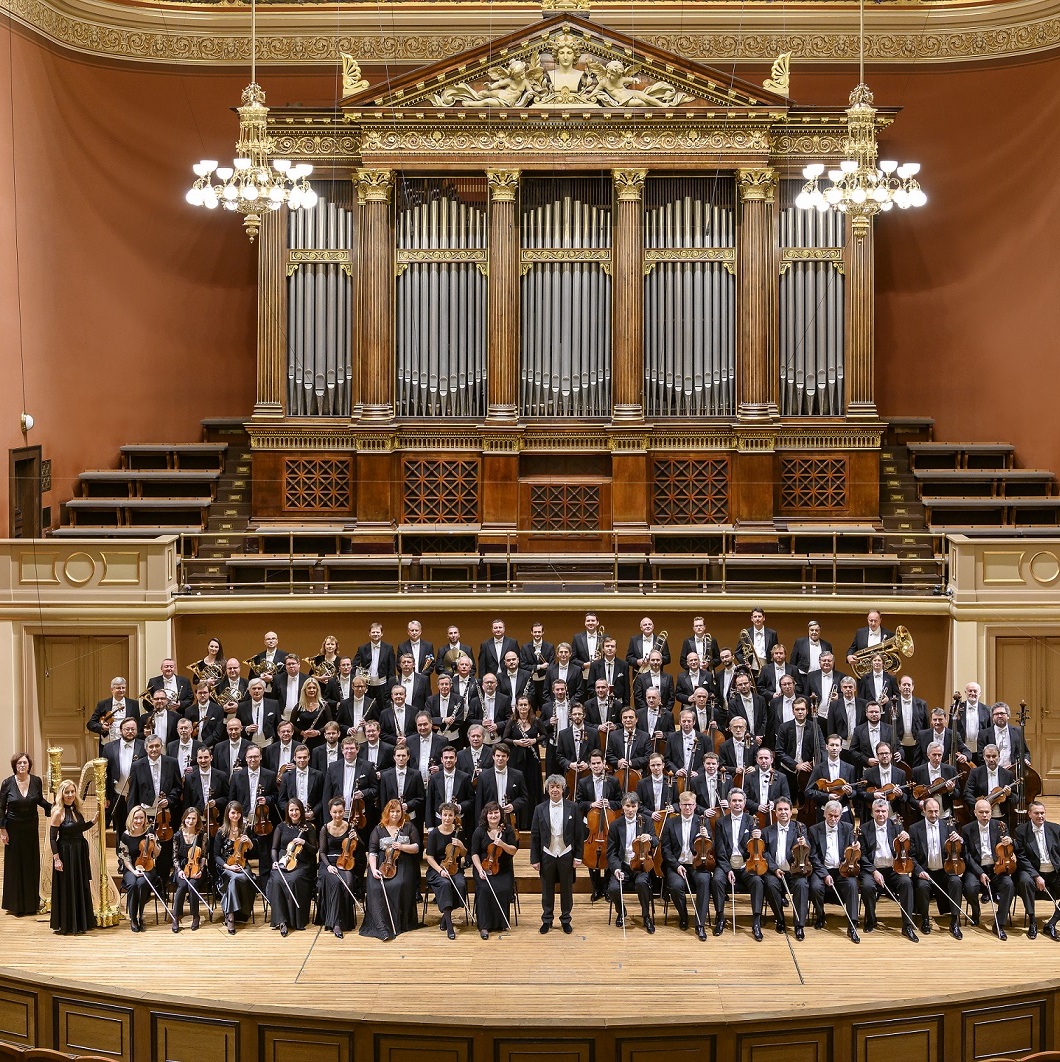 His successor was Václav Neumann, who led the Czech Philharmonic for 22 years. Neumann was a man of depth and a charismatic gentleman. With the Czech Philharmonic, he recorded the complete symphonies of Antonín Dvořák twice, as well as complete sets of the symphonies of Bohuslav Martinů and Gustav Mahler. Neumann was also with the orchestra at the time of the Velvet Revolution, when the communist government fell on 17 November 1989. The Czech Philharmonic played concerts for students and for the Civic Forum, which was led by Václav Havel. Then at Prague Spring in 1990, Rafael Kubelík and Leonard Bernstein were able to return to the orchestra. Kubelík conducted Smetana’s Má vlast at the opening concert, and Bernstein led Beethoven’s Ninth Symphony at the festival’s final concert.

The tempestuous societal changes of that era were also reflected in a sense in the orchestra itself, which was striving to find its place and internal stability under the new conditions. Like during the period after 1948, there was a quick succession of chief conductors, which ended with the arrival of Jiří Bělohlávek in 2012. He led the orchestra until his death, and he was the main force behind the return of the Czech Philharmonic to world-class form. Semyon Bychkov, who became the orchestra’s chief conductor in September 2018, can now build upon that legacy.