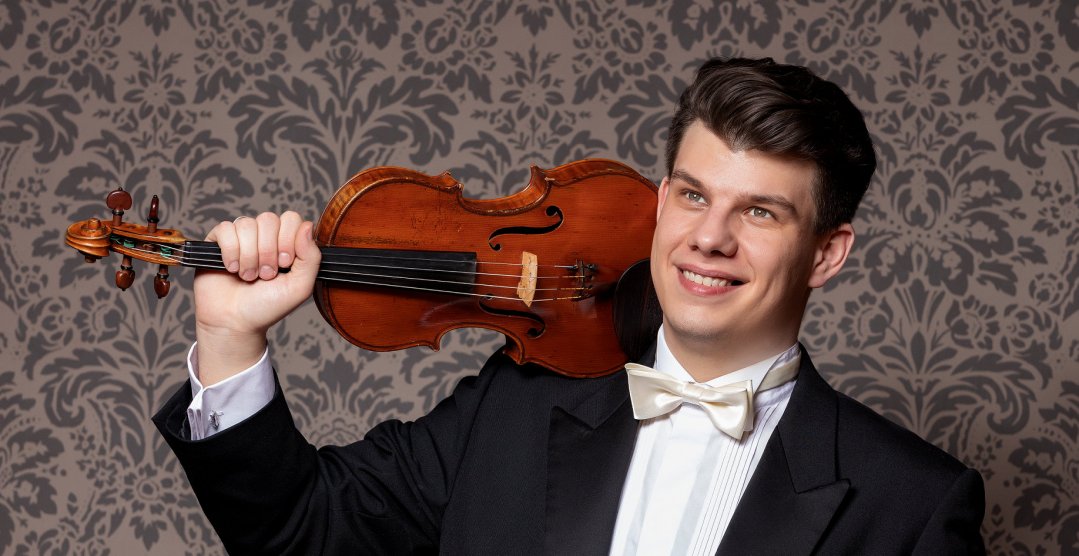 The Bamberg Symphony has always taken pride in its Czech origins and sound. With its present chief conductor Jakub Hrůša, it is as if the orchestra were increasingly on a return journey to Prague, the city from which its founding members had to depart after the Second World War. As the principal guest conductor of the Czech Philharmonic, Hrůša is an embodiment of the historical ties between the Czech and German peoples and their musical life. This connection, including the orchestra’s significant orientation of repertoire towards Czech music, led naturally to the idea of a joint orchestral residency of the Bamberg Symphony with the Czech Philharmonic at the 2021 festival. The violinist Jan Mráček, concertmaster of the Czech Philharmonic, will be the evening’s soloist.

The concert programme also emphasises the cosmopolitan aspect in a Czech environment. The overture Lady Godiva by Vítězslav Novák takes its dramatic inspiration from the medieval legend of a woman who rode naked through the streets of Coventry so her husband would lower the taxes on the local population. The composer of the Violin Concerto in D Major, the Brno native Erich Wolfgang Korngold, became famous for his film music, and he shaped the musical style of old Hollywood. Antonín Dvořák’s second set of Slavonic Dances is an increasingly popular item in the worldwide repertoire, and its pensive character seems to speak to the public more than the immediacy of the first set.

The Bamberg Symphony is an extraordinary orchestra in an extraordinary city. Since 1946, it has been delighting audiences worldwide with its characteristically dark, rounded, radiant sound. In that time it has given well over 7,300 concerts in more than 500 cities and 63 countries, and as the Bavarian State Philharmonic it regularly criss-crosses the globe as cultural ambassador to the world for Bavaria and all of Germany. The circumstances surrounding its birth make the Bamberg Symphony a mirror of German history. In 1946, ex-members of Prague’s German Philharmonic Orchestra met fellow musicians who had likewise been forced to flee their homes by the war and its aftermath. Together they founded the »Bamberg Musicians’ Orchestra«, soon after renamed the Bamberg Symphony. Its lineage can be traced back through the Prague Orchestra to the 19th and 18th centuries, so that the Bamberg Symphony’s roots reach back to Mahler and Mozart. Now, more than seventy years after it was founded, and with Czech-born Jakub Hrůša, the Orchestra’s fifth Chief Conductor, at the helm since September 2016, once again there is a living link from the Bamberg Symphony’s historic roots to its present.

The violinist Jan Mráček has been one of the most prominent performers of his generation. He began playing violin at the age of five, and he studied at the School of Music of the City of Prague and the Prague Conservatoire. At the age of 13 he first appeared on the stage of the Rudolfinum alongside Josef Suk. His many competition successes include second prize at the 2010 Prague Spring Competition, when at the age of 19 he became the youngest laureate in its history. He appears regularly with Václav Hudeček, and since 2012 he has been an assistant at the Václav Hudeček Academy. In 2011 he became the youngest soloist in the history of the Prague Radio Symphony Orchestra, and three years later he won the Fritz Kreisler International Violin Competition in Vienna. Since 2015 he has been serving as concertmaster of the Czech Philharmonic. He appears as a soloist around the world together with such great conductors as Maxim Vengerov, James Judd, Jac van Steen, and Vladimir Fedoseyev.