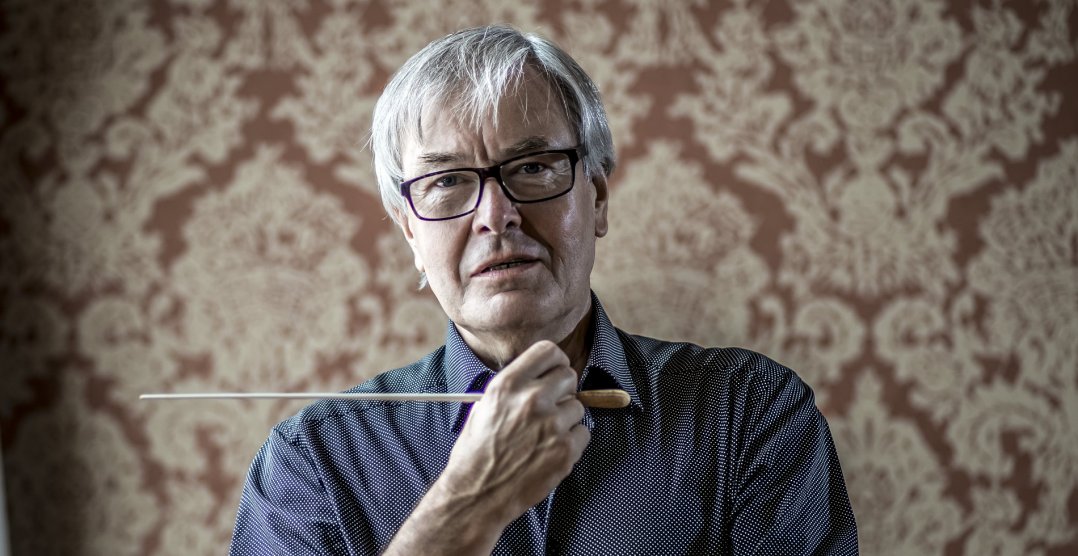 You can watch a recording of our concluding concert on our YouTube channel HERE.

With this concert, we brought to a successful conclusion our 13th-annual festival, which took place almost in its entirety in spite of all of the difficulties caused by the coronavirus pandemic. Although there was a change to the programme caused by the illness of some members of the Prague Philharmonic Choir, the concert left an unforgettable impression on the audience members in attendance. With Antonín Dvořák’s tender Love Songs orchestrated by Jiří Teml and sung with heartfelt emotion by Kateřina Kněžíková, the chamber music-like intimacy Dvořák’s Czech Suite, and the ecstatically symphonic approach to the performance of Rachmaninoff’s 2nd Piano Concerto with the one and only Lukáš Vondráček at the piano, the public experienced a lovely evening.

We wish to thank the Czech Philharmonic and the evening’s soloists for enabling us to share this experience. We believe that the audience’s explosion of enthusiasm at the conclusion is an expression of the hope that a year from now, we will meet again at the festival under better conditions than those that accompanied this year’s festival.

For many years, Petr Altrichter has been one of the top Czech conductors. After studying at the Conservatory of Music in Ostrava and the Janáček Academy of Performing Arts in Brno, he garnered serious attention at the Besançon International Competition for Young Conductors, where he won second prize as well as taking the special prize of the French Composers’ Union. During his career, he has worked with most of the leading Czech orchestras, including the Czech Philharmonic, the Brno Philharmonic, and the Prague Symphony Orchestra. The most significant stages of his professional career include his 11-year tenure at the helm of the Southwest German Philharmonic Orchestra of Constance from 1993 to 2004, where he served as artistic director and chief conductor. From 1997 to 2001 he was also the principal conductor of the Royal Liverpool Philharmonic Orchestra. Altrichter has intensively promoted Czech music in the United Kingdom. He is regularly invited to guest conduct orchestras around the world, including the London Philharmonic Orchestra and Berlin Symphony Orchestra. His conducting style is characterised by a lively temperament and musical spontaneity.

Soprano Kateřina Kněžíková is one of the most prominent Czech singers of both the opera and concert repertoires. In 2018 she won the 2018 Classic Prague Award for the best chamber music performance and the 2019 Thalia Award for extraordinary performing on stage. Since 2006 she has been a member of the opera company of the National Theatre, where she has appeared in productions of Carmen, The Jacobin, The Magic Flute, and The Marriage of Figaro. She also makes guest appearances on other Czech and foreign opera stages (National Moravian-Silesian Theatre in Ostrava, Slovak National Theatre in Bratislava, Theatre de Caen, Opéra Royal de Versailles, Théâtre Royal de La Monnaie in Brussels, Opéra de Dijon). She has worked with important conductors (P. Domingo, M. Honeck, J. Hrůša, T. Netopil, R. Ticciati, E. Villaume) and ensembles (BBC Symphony Orchestra, Bamberg Symphony Orchestra, Collegium 1704, Czech Philharmonic, DSO Berlin). She has taken part in the making of several recordings for the Harmonia Mundi, Decca, Supraphon, Radioservis, and Mezzo labels.

The Czech baritone Svatopluk Sem is a graduate of the České Budějovice Conservatoire. He is a regular guest on the most important Czech opera stages including the National Theatre in Prague, the J. K. Tyl Theatre in Pilsen, the National Theatre in Brno, and the National Moravian – Silesian Theatre in Ostrava. He also devotes himself to the concert repertoire, appearing not only in the Czech Republic, but also on many concert stages abroad (Japan, Denmark, South Korea, Austria, Spain, Germany, Russia, England), where he has collaborated with renowned conductors including Jiří Bělohlávek, Heiko Mathias Förster, and Tomáš Netopil. He took part in recording Smetana’s opera The Bartered Bride with the BBC Symphony Orchestra under the baton of Jiří Bělohlávek for the Harmonia Mundi label, and he performed in the BBC documentary Rolando meets Don Giovanni, where he appeared together with Rolando Villazón in the title role of Don Giovanni. He is a frequent guest at such prestigious festivals as the BBC Proms, the Dvořák Prague Festival, the Open-Air Gars am Kamp Festival in Austria, the Prague Spring Festival, and Smetana’s Litomyšl.