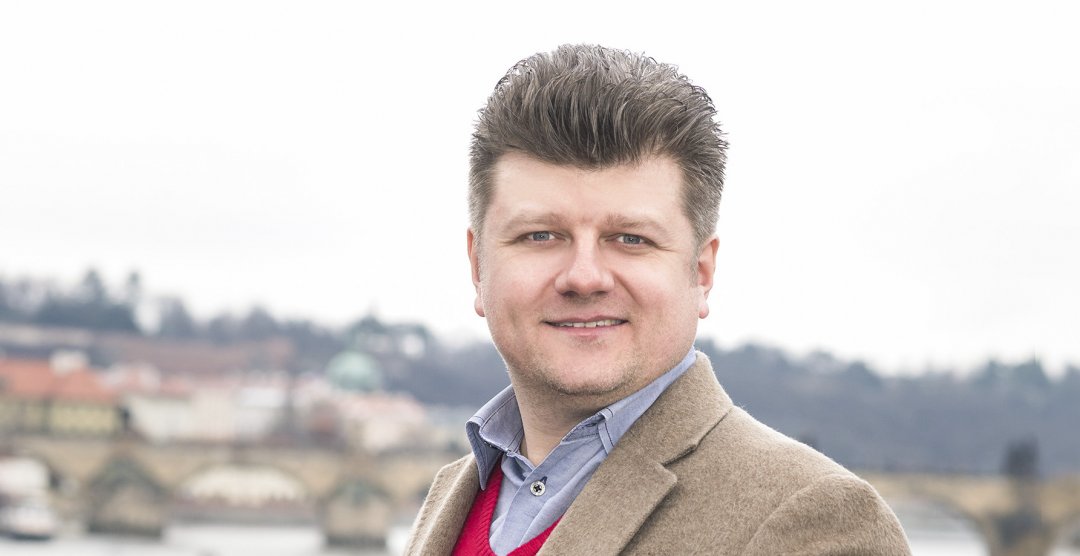 Two contemporary works surrounded by two classics – that is how the chamber orchestra Czech Sinfonietta will make its premiere appearance at the Dvořák Prague Festival. Leading the ensemble consisting of outstanding Czech instrumentalists will be its founder, the horn player and conductor Radek Baborák.Mozart’s French Horn Concerto in E Flat Major is enjoyable music for both the listeners and the soloist. With that work, Radek Baborák will open the concert in the dual role of soloist and conductor, as was usual in Mozart’s day. The composers Ondřej Brousek and Jan Kučera are fluent in a wide range of musical genres, but in the Czech music world they are known above all for their ability to communicate with audiences without barriers – regardless of whether the music in question is popular or classical. The public can look forward to Brousek’s Sinfonietta “La Petite Joie”, inspired by the group of Parisian composers known as “Les six”, and Kučera’s Concerto for Baritone Saxophone and Orchestra. Serving as a more modern, rather ironic reflection of the Mozart concerto is the concluding Symphony No. 1 in D Major (“Classical”) by Sergei Prokofiev. This music is clearly inspired mainly by Haydn and to a lesser extent by Mozart. Prokofiev himself imagined how his Classical Symphony would enrage his professors at the conservatory, who would have accused him of not letting Mozart rest in peace, and instead provoking him with dissonances. The result of this provocation is one of Prokofiev’s most popular works, which offers a wonderful opportunity to the talented players of the Czech Sinfonietta.

The Czech Sinfonietta was founded in 2010 by its artistic director, the French horn player and conductor Radek Baborák. The core of the orchestra consists of members of the Baborak Ensemble and soloists from the youthful generation in leading Czech ensembles and orchestras including the Wihan Quartet, the Herold Quartet, the Epoque Quartet, the Afflatus Quintet, the Czech Nonet, the Czech Philharmonic, the Prague Radio Symphony Orchestra, the Orchestra of the National Theatre, and the Prague Chamber Philharmonic. The ensemble's repertoire primarily includes the music of the high Baroque (Bach, Handel, Telemann), Classicism (Mozart, Haydn, Beethoven), Romanticism (Schubert, Mendelssohn, Brahms, Dvořák), and the first half of the 20th century (Ravel, Ibert, Respighi, Bartók, Prokofiev). The public and music critics alike admire above all the orchestra's youthful fervour, virtuosity, and stylistic persuasiveness. For the prestigious Japanese label Octavia Records, the ensemble has made recordings of symphonies and horn concertos by Mozart and Haydn. Most of the members also perform other genres such as jazz, ethno, and rock or are interpreters of music of the Renaissance or Baroque periods or of contemporary music.

The French horn player and conductor Radek Baborák is one of the most successful Czech performers of his generation. He studied French horn under the legendary French horn player and teacher Bedřich Tylšar, and he already won a number of international competitions as a student. From 2003 until 2010 he held the prestigious post of principal French horn of the Berlin Philharmonic. He appears at important music festivals (Salzburg, Saint Petersburg, Utrecht) and collaborates with leading orchestras around the world (Munich Philharmonic, Bavarian Radio Symphony Orchestra, Bamberg Symphony Orchestra, Moscow Philharmonic) and with top conductors (Daniel Barenboim, Seiji Ozawa, Simon Rattle, Neeme Järvi, James Levine, Vladimir Askhenazy). He is the founder and artistic director of the Baborak Ensemble and a member of the Afflatus Quintet, and he collaborates with the Berlin Baroque Soloists. He is the founder and conductor of the Czech Sinfonietta, which consists of musicians of the younger generation. He has also taught as a lecturer at the Fondazione Arturo Toscanini in Bologna and as a guest professor at TOHO University in Tokyo, and he teaches at the Academy of Performing Arts in Prague.

The renowned saxophonist Kateřina Pavlíková is engaged in a broad spectrum of musical activities. Since 1999 she has been a member of the Bohemia Saxophone Quartet, with repertoire encompassing classical music and jazz, contemporary compositions mostly dedicated specifically to the ensemble, and a large number of transcriptions, several of which Ms. Pavlíková has made herself. With the ensemble, she has taken part at many important music festivals including the Prague Spring Festival, Strings of Autumn, Hofkonzerte im Podewil Berlin, the Sächsisch-Böhmisches Music Festival etc. She has appeared as a soloist with orchestras including the Prague Chamber Philharmonic, the Brno Philharmonic, the Hradec Králové Philharmonic, the Moravian Philharmonic in Olomouc, the South Czech Philharmonic, and the Czech Chamber Philharmonic Orchestra in Pardubice. Her collaborations with Czech and foreign composers have led to several new compositions for baritone saxophone dedicated specifically to her. She is also intensively engaged in teaching activities. She teaches saxophone at the České Budějovice Conservatoire and at the Volary Elementary School of the Arts.