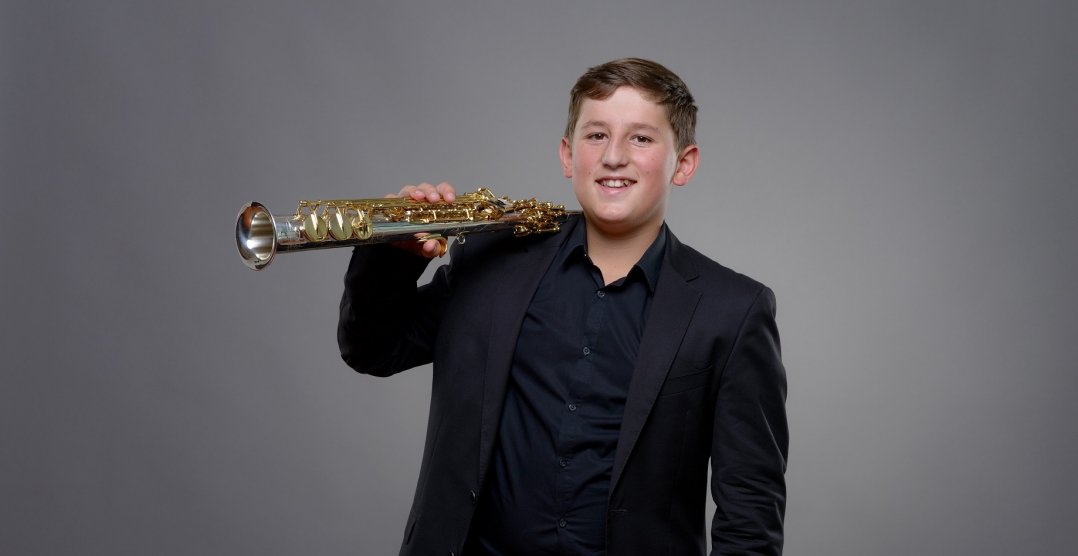 There are never enough young talents, and giving them a chance at big festivals is the best way to invest in their futures and in the musical life of future generations. This year, the Talent Stage at the Dvořák Prague Festival will present participants in the competition Concertino Praga who finished in 5th through 8th places and will offer a practical demonstration of the balanced quality of the field at artistic competitions, where there truly are no losers. This year for the first time, the traditional radio competition Concertino Praga is being held in cooperation with the Academy of Classical Music, and the finalists will also be presenting themselves to the public at the Dvořák Prague Festival for the first time.

The Italian oboist Carlo Cesaraccio began his studies in 2015 under the guidance of his father, and since 2018 he has been taking part in the masterclasses of the Berlin Philharmonic oboist Christoph Hartmann at the music academy I Musici di Parma. He is furthering his education at other masterclasses led by such important musicians as Thomas Indermühle and Hansjörg Schellenberger. He has won several competitions including the International Competition for Young Musicians in Povoletto, the national competition in Campagnano, Italy, the Premio Crescendo in Florence, and the Samnium International Oboe Competition in Beneveneto. He has appeared as a soloist on many Italian stages with the renowned ensembles Le Cameriste Ambrosiane, I Musici di Parma, and the Orchestra da Camera Ellipsis. He has also appeared in German and Austria (at the Muth Halle in Vienna) and at Music Days in Montenegro.

A native of Germany with Hungarian roots, Márton Bubreg began playing saxophone at the age of five. He is a graduate of the Hochschule für Musik und Theater in Munich, and he has taken part at a number of masterclasses led by renowned performers. He has won many international competitions in Japan, Italy, France, the Czech Republic, Slovenia, Austria, the Ukraine, Hungary, Andorra, Serbia, and Croatia. He and his brother Bence (clarinet) won first prize in the duo category and became the overall winners of the competition Concertina Praga 2018. As a soloist, he has collaborated with the Prague Radio Symphony Orchestra, the Tyrol Symphony Orchestra, and the Chamber Orchestra Innstrumenti. He has appeared on many prestigious concert stages including the Konzerthaus in Vienna, the Mozarteum in Salzburg, the Hall of the Ukrainian National Philharmonic in Kiev, the Gasteig in Munich, the Rudolfinum in Prague, and New York’s Carnegie Hall.

The flautist Lukerya Mishneva was born in the Russian city Novosibirsk. She began learning to sing and play the flute at the age of four, and at present she is a student at the Novosibirsk Specialised School of Music. She is a laureate of several Russian nationwide competitions and of the 2017 Delphic Youth Games of Russia. At an international music competition in Belgrade, Serbia in 2015 and 2016, she won first prize in the flute category, and a year latter she was the overall winner. In 2018 she finished second in the young talent category at the National Flute Competition in the Dutch city Ittervoort, and she also won the qualifying round of the international music competition Crescendo in Padua, Italy. In 2019 she introduced herself at New York’s Carnegie Hall in a concert of that competition’s finalists, and she won first prize. For two years, she has been the principal flautist of the Novosibirsk Youth Symphony Orchestra.

The Bulgarian pianist Ivaylo Vassilev studied at the National School of Music in Sofia from 2014 to 2019. He has already earned more than twenty awards at numerous international competitions including the Grand Prize at the competition De Bach au Jazz in Athens, the Gold Nutcracker in Moscow, victory at the Munich competition Münchner Klavierpodium, 2nd prize at the César Franck Competition in Brussels, and 2nd prize at the competition Virtuosi per musica di pianoforte in Ústí nad Labem. He has appeared on many important stages in Russia and Bulgaria with renowned artists including Konstantin Ilievsky and Sascha Goetzel. In the autumn of 2019 he issued his first professional CD with recordings of piano concertos by W. A. Mozart and Dmitri Shostakovich. His musical talent takes many forms: besides the broad repertoire that he interprets, he also devotes himself to composing and improvising, and he plays in chamber ensembles.

Stanislav Gallin is a graduate of the Musical Grammar School of Saint Petersburg, Russia, the Academy of Performing Arts in Prague, and the Academy of Performing Arts in Bratislava, Slovakia. He furthered his education by studying at the Mozarteum in Salzburg and at a number of masterclasses under teachers including Lazar Berman. He has appeared on the concert stage not only in the Czech Republic and Russia, but also in other European countries, the USA, Asia, and Africa. He has appeared as soloist with orchestras including the Saint Petersburg Philharmonic, the Prague Radio Symphony Orchestra, the Prague Philharmonia, and the Bruno Walter Symphony Orchestra. He has collaborated with conductors including Tomáš Brauner, Jack Martin Händler, Jakub Hrůša, Vahan Mardirossian, Ondřej Vrabec, and Peter Vrábel. He is a founding member of the Orbis Trio, which proved itself to be one of the most successful European ensembles of its generation in 2009, when it became a laureate of four international competitions, including one of the most prestigious – the International Chamber Music Competition Hamburg, Germany. Since 2009 Mr. Gallin has been teaching at the Academy of Performing Arts in Prague as a specialised assistant in the piano accompaniment department.