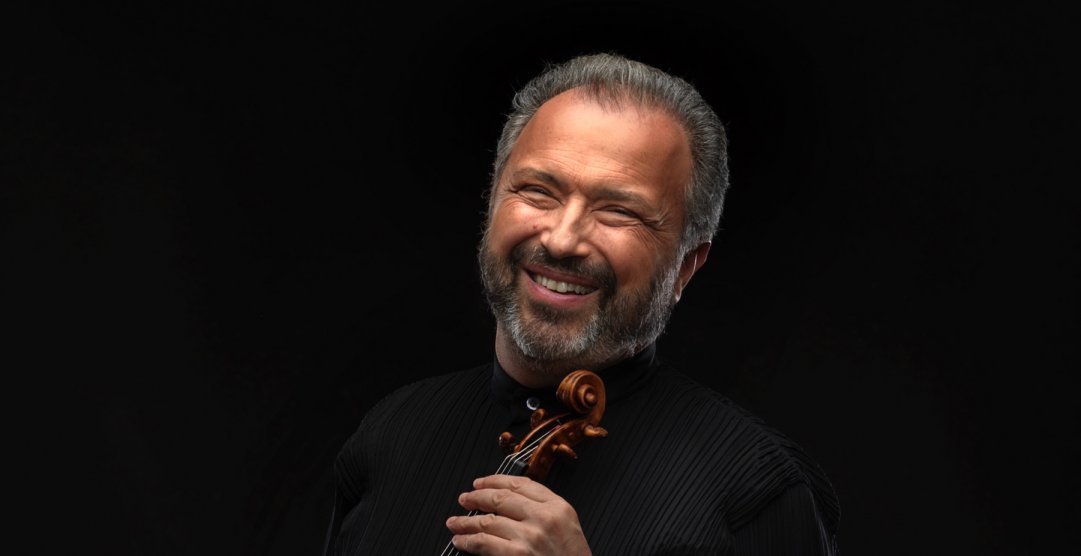 Those interested in active participation can apply by sending a CV (max. 900 characters) to the email address stehlikova@dvorakovapraha.cz no later than by 31 July 2021. The age limit for participants is 25.

Public masterclasses are yet another way that the Academy of Classical Music at the Dvořák Prague Festival is working to promote the education of musicians. As an ancillary programme in the series, For the Future, young musicians are given the chance to play before exceptional artists, performers who have invaluable experience on the world’s great stages, and to consult them about their views on the interpretation of a work. A masterclass is a unique opportunity for the public to witness the final phase of preparing an interpretation. Rather than a usual lesson, it is an exchange of artistic opinions. It provides exciting insight into the final phase of a young artist’s preparation, before the moment when that performer appears in the concert arena with a finished interpretive conception, in order to share an artistic opinion with the public.

The mentors at this year’s masterclasses will be important figures from the current festival. Their undoubted authority can influence the future course of musical thinking among the rising generation of performers.Leading young violinists through selected violin works on 16 Sept. 2021 at 10 a.m. in the Rudolfinum’s Suk Hall will be the phenomenal violinist and teacher Dmitry Sitkovetsky, the first winner in the history of the Concertino Praga competition. He is also chairman of the jury for the finals of this year’s competition.

Violinist and conductor Dmitry Sitkovetsky graduated from the Central Music School in Moscow and then studied at the Tchaikovsky State Conservatory. In 1977 he left the Soviet Union and continued his studies at the famed Juilliard School in New York. In the course of his successful musical career, he has worked with many of the world’s leading orchestras (Berlin Philarmonic, Chicago Symphony, Academy of St Martin in the Fields,), conductors (Sir Colin Davis, Mariss Jansons, Sir Neville Marriner), and soloists (Pinchas Zukerman, Martha Argerich, Mischa Maisky).He is famed for his transcriptions of many works of the standard repertoire, including frequently performed arrangements of Bach’s Goldberg Variations for orchestra and for string trio. Sitkovetsky devotes himself to recording, with a discography of nearly 40 albums that demonstrate an expansive repertoire. His diverse activities also involve the management of music festivals; moreover, he is greatly in demand as a member of competition juries and as a teacher.

Stanislav Gallin is a graduate of the Musical Grammar School of Saint Petersburg, Russia, the Academy of Performing Arts in Prague, and the Academy of Performing Arts in Bratislava, Slovakia. He furthered his education by studying at the Mozarteum in Salzburg and at a number of masterclasses under teachers including Lazar Berman. He has appeared on the concert stage not only in the Czech Republic and Russia, but also in other European countries, the USA, Asia, and Africa. He has appeared as soloist with orchestras including the Saint Petersburg Philharmonic, the Prague Radio Symphony Orchestra, the Prague Philharmonia, and the Bruno Walter Symphony Orchestra. He has collaborated with conductors including Tomáš Brauner, Jack Martin Händler, Jakub Hrůša, Vahan Mardirossian, Ondřej Vrabec, and Peter Vrábel. He is a founding member of the Orbis Trio, which proved itself to be one of the most successful European ensembles of its generation in 2009, when it became a laureate of four international competitions, including one of the most prestigious – the International Chamber Music Competition Hamburg, Germany. Since 2009 Mr. Gallin has been teaching at the Academy of Performing Arts in Prague as a specialised assistant in the piano accompaniment department.