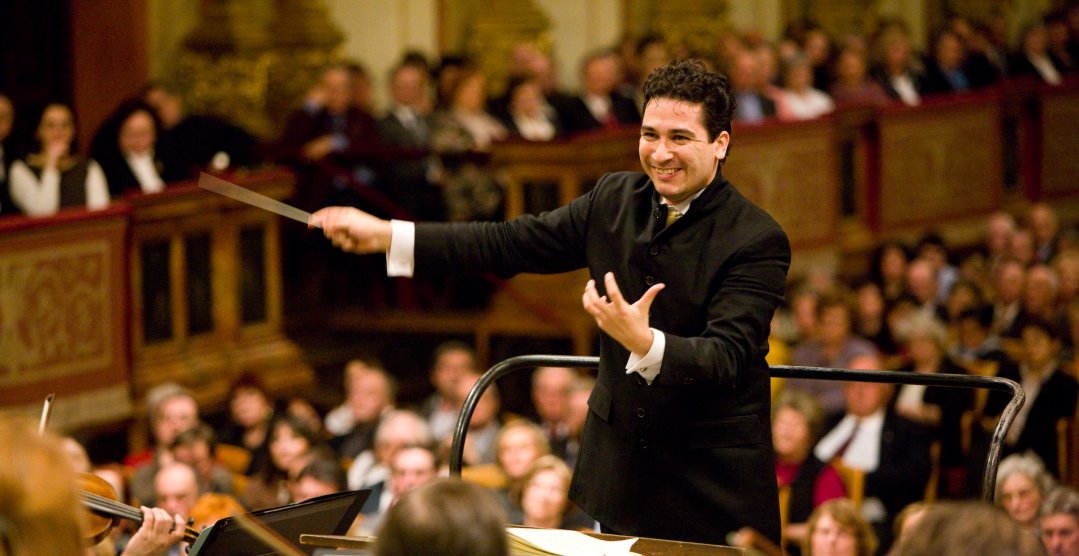 Antonín Dvořák: Concerto for Violoncello and Orchestra in B Minor, Op. 104, B. 191

This year, the Dvořák Prague Festival will open with a flourish – Dvořák’s Cello Concerto and New World Symphony combined with the sound of Europe’s most illustrious opera house, whose fame rivals perhaps only that of the New York’s Metropolitan Opera. Milan’s La Scala is a legendary stage, one that has borne witness to the world premieres of great operas by Giuseppe Verdi and Giacomo Puccini. Performing there has been the wish of many of the greatest singers of the last two centuries. La Scala also owes its quality to its outstanding orchestra, Filarmonica della Scala. Its  excellence has been nurtured by demanding principal conductors, in recent years including Riccardo Muti, Daniel Barenboim, and Riccardo Chailly. Columbian conductor Andrés Orozco-Estrada is not only a superb musician, but also a Dvořák specialist – he has already recorded five of the composer’s nine symphonies on CD. The German cellist Daniel Müller Schott is renowned for his combination of lyricism and the sublime, for which Dvořák’s Cello Concerto offers ideal opportunities.

The opening concert will serve as a reminder that this year’s festival celebrates the 180th anniversary of Antonín Dvořák’s birth.

Filarmonica della Scala will also perform at the festival the following day, with music by Wolfgang Amadeus Mozart and Hector Berlioz.

Claudio Abbado founded the orchestra Filarmonica della Scala in 1982 with the goal of expanding the traditions of Milan’s opera theatre to include a symphonic repertoire. In its first years, the ensemble was closely associated with Carlo Maria Giulini. Then, from 1987, Riccardo Muti stood at its helm for nearly two decades. Under his leadership the orchestra was a regular guest on the stages of the world’s most prestigious concert halls. In the years that followed the ensemble has collaborated with such star conductors as Lorin Maazel, Wolfgang Sawallisch, Valery Gergiev, and Daniel Barenboim. Its present chief conductor is Riccardo Chailly. The orchestra has many recordings to its credit on the Decca, Sony, and EMI labels. In 2013 on the occasion of the 200th anniversary of Giuseppe Verdi’s birth, it recorded the CD “Viva Verdi”, which became Italy’s best selling classical album. Each year, the orchestra gives a big outdoor concert in front of Milan’s cathedral, and it is broadcast live to many countries.

Energy, elegance, and spirit – these are the characteristics that best describe the Columbian native Andrés Orozco-Estrada as a musician and one of the most respected conductors of his generation. Beginning in the 2020/21 season, he will put his strengths to use as the music director of the Vienna Symphony Orchestra. In addition, since the 2014/15 season, he has been the chief conductor of the Frankfurt Radio Symphony Orchestra and the music director of the Houston Symphony Orchestra. At the same time, he guest conducts many of the world’s top orchestras, including the Vienna Philharmonic, the Berlin Philharmonic, the Staatskapelle Dresden, the Royal Concertgebouw Orchestra, the Philadelphia Orchestra, the Cleveland Orchestra, and the Chicago Symphony Orchestra. His multiple appearances at the festivals in Glyndebourne and Salzburg have met with great success, while his recordings on the Pentatone label have attracted favourable critical attention. Highlights from last season include his concerts with the Vienna Philharmonic at the BBC Proms and in Lucerne as well as on tour in China, South Korea, and Japan.

The German cellist Daniel Müller-Schott is one of today’s most sought-after soloists. Critics praise his intensity of expression, while he has been characterised as a “daring player with outstanding technique”. He studied with legendary cellists Heinrich Schiff and Mstislav Rostropovich; moreover, he won the Tchaikovsky Competition in Moscow at the age of 15. Müller-Schott has appeared together with top performers on many of the world’s great concert stages, including with conductors Manfred Honeck, Lorin Maazel, Christoph Eschenbach, and Kurt Masur, and soloists Renaud Capuçon, Julia Fischer, Daniel Hope, and Anne-Sophie Mutter. He also devotes himself intensively to recording – so far having taken part in the making of 30 CDs with a wide range of repertoire, from Bach, Mozart, and Beethoven to Schubert, Brahms, Dvořák, and Tchaikovsky in addition to Shostakovich and Britten. Several of those recordings have garnered significant awards, including the Diapason d’Or. The cellist plays a rare instrument from the Venetian workshop of Matteo Goffriller (1727).