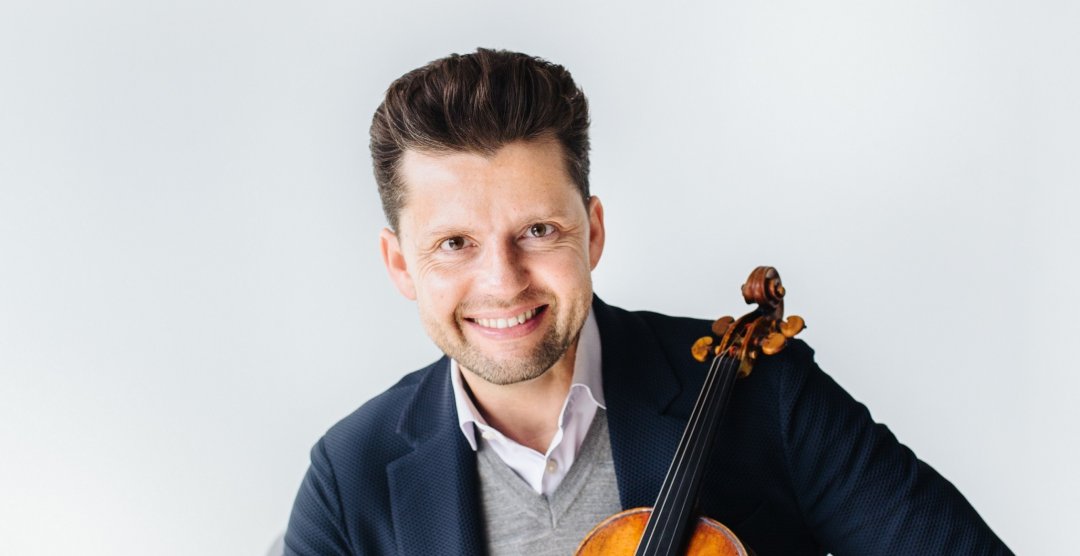 Wolfgang Amadeus Mozart: Concerto for Violin and Orchestra No. 3 in G Major, K. 216

At the beginning of its second appearance at the Dvořák Prague Festival, the orchestra of Milan’s Teatro alla Scala will take the audience to Italy – with a detour through Paris. The composer of the famed Roman Carnival Overture is of course the French rebel, Hector Berlioz. This colourful, wild musical vision of ribaldry in the streets prepares us for his Symphonie fanstique on the second half of the programme. One of the most original compositions in music history, Berlioz’s symphony serves as a kind of intimate diary of his fateful relationship with the actress Harriet Smithson. After daydreaming and an encounter at a ball, there follows delirium, a dream of being taken to a place of execution, and a witches’ Sabbath. This glimpse into the soul of a despairing romantic is musically just as intoxicating as the opium that Berlioz is said to have indulged in occasionally. Between these flashes of lighting, Mozart’s Violin Concerto No. 3 in G Major glows with a pleasing incandescence. The wonderful soloist is Julian Rachlin, a violinist who claims that his desire was always to play cello. He should feel at home at the Dvořák Prague Festival.

On the day before, Filarmonica della Scala opens this year’s festival with a performance of Dvořák’s Cello Concerto and New World Symphony.

Claudio Abbado founded the orchestra Filarmonica della Scala in 1982 with the goal of expanding the traditions of Milan’s opera theatre to include a symphonic repertoire. In its first years, the ensemble was closely associated with Carlo Maria Giulini. Then, from 1987, Riccardo Muti stood at its helm for nearly two decades. Under his leadership the orchestra was a regular guest on the stages of the world’s most prestigious concert halls. In the years that followed the ensemble has collaborated with such star conductors as Lorin Maazel, Wolfgang Sawallisch, Valery Gergiev, and Daniel Barenboim. Its present chief conductor is Riccardo Chailly. The orchestra has many recordings to its credit on the Decca, Sony, and EMI labels. In 2013 on the occasion of the 200th anniversary of Giuseppe Verdi’s birth, it recorded the CD “Viva Verdi”, which became Italy’s best selling classical album. Each year, the orchestra gives a big outdoor concert in front of Milan’s cathedral, and it is broadcast live to many countries.

Energy, elegance, and spirit – these are the characteristics that best describe the Columbian native Andrés Orozco-Estrada as a musician and one of the most respected conductors of his generation. Beginning in the 2020/21 season, he will put his strengths to use as the music director of the Vienna Symphony Orchestra. In addition, since the 2014/15 season, he has been the chief conductor of the Frankfurt Radio Symphony Orchestra and the music director of the Houston Symphony Orchestra. At the same time, he guest conducts many of the world’s top orchestras, including the Vienna Philharmonic, the Berlin Philharmonic, the Staatskapelle Dresden, the Royal Concertgebouw Orchestra, the Philadelphia Orchestra, the Cleveland Orchestra, and the Chicago Symphony Orchestra. His multiple appearances at the festivals in Glyndebourne and Salzburg have met with great success, while his recordings on the Pentatone label have attracted favourable critical attention. Highlights from last season include his concerts with the Vienna Philharmonic at the BBC Proms and in Lucerne as well as on tour in China, South Korea, and Japan.

Born in Vilnius, the outstanding violinist and conductor Julian Rachlin emigrated to Austria with his parents as a child. At the age of nine he began studying at the Vienna Conservatory, making his concert debut a year later. After winning the Eurovision Young Musician of the Year in 1988 at the age of 14, Rachlin became the youngest soloist ever to perform with the Vienna Philharmonic under the baton of Riccardo Muti. He has appeared in concert with the world’s most famous conductors – including Zubin Mehta, Christoph Eschenbach, Mariss Jansons, Manfred Honeck, Bernard Haitink, and James Levine. As a rising star, Rachlin first introduced himself in Prague in 1993; returning most recently in 2018 at the Prague Spring International Music Festival. His range of activities is enormously broad: besides violin, he also plays viola and conducts. He has been teaching for more than 20 years and is significantly involved with a variety of charitable projects. He plays the “Ex-Liebig” Stradivarius (1704).