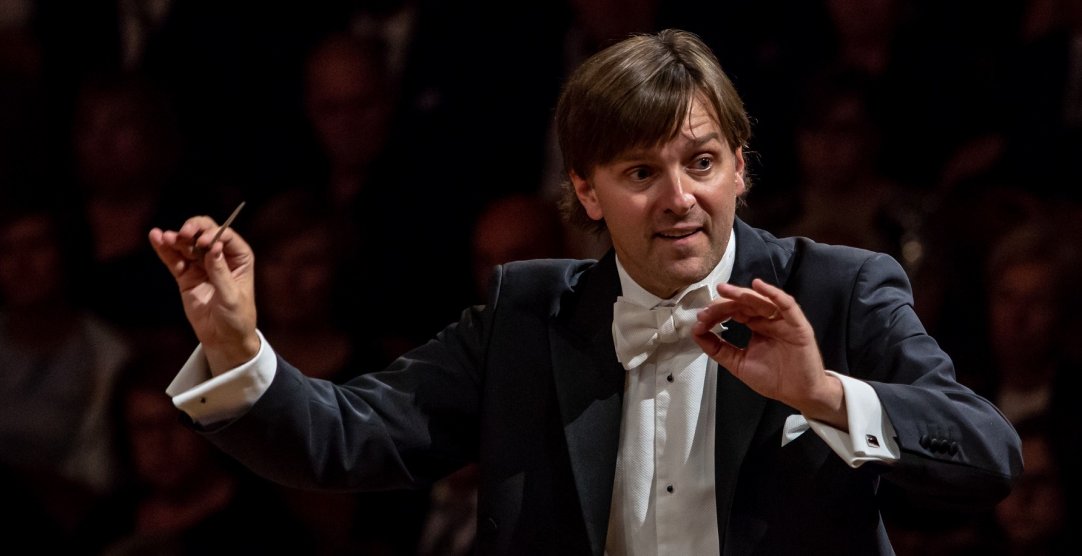 Being a musician in an orchestra is an art that few people notice, yet it seems to be even more important for music than being an admired soloist. The ability to be a part of a larger whole, to give committed performance in its interest, and to contribute towards its quality is all the more complicated to the degree to which the individual players are more anonymous in spite of their importance.

Teaching young musicians to work in orchestral synergy is the goal of the Dvořák Prague Youth Philharmonic. The orchestra was established in cooperation with the conductor Tomáš Netopil, and its operational base was originally planned to be the Orchestral Academy at the Summer Music Academy in Kroměříž, but that event has been cancelled this year because of the pandemic. Netopil and his assistant Chuhei Iwasaki will rehearse the young orchestral players in Prague and will lead them in their premiere performance at the festival. They will be performing Ludwig van Beethoven's Symphony No. 9 in D Minor ("Choral") not only to commemorate the 250th anniversary of the composer's birth, but also to proclaim joyously the initiation of a new festival tradition.

In partnership on stage with the young artists and their instructors in the orchestra will be soprano Simona Šaturová, mezzo-soprano Markéta Cukrová, tenor Petr Nekoranec, and bass Jan Martiník. The quartet of singers will remind us that performing Beethoven's enormously difficult parts often requires musicians to subordinate their individual abilities to a greater whole, as is necessitated by Schiller's "Ode to Joy" at the conclusion as the logical outcome of Beethoven's symphonic monument. The Prague Philharmonic Choir led by Lukáš Vasilek will lend its vocal brilliance to this special festival event.

The Dvořák Prague Youth Philharmonic is a musical ensemble with a basic focus on the education and development of talented young artists. It was created at the suggestion of the Dvořák Prague International Music Festival programming director Jan Simon as one of the new projects of the Academy of Classical Music. The players are students at conservatoires and academies of music up to age 24, and the orchestra’s membership base consists of participants in the Orchestral Academy, which was newly founded at the International Summer Music Academy in Kroměříž under the leadership of the exceptional conductor Tomáš Netopil. Top instrumentalists from the Czech Philharmonic serve as instructors for the individual instrumental sections. The project’s mission is to offer young, talented musicians qualified leadership and active professional experience with rehearsing selected symphonic works and performing them publicly. For the students, their appearance as part of the Dvořák Prague Festival will be a presentation of the results of their efforts, ability, and acquired skills.

Lukáš Vasilek studied conducting at the Academy of Performing Arts in Prague and musicology at the Faculty of Arts of Charles University. From 1998 he was the choirmaster of the Foerster Female Chamber Choir, with which he won a number of awards at prestigious international competitions. From 2005 to 2007 he was the second choirmaster of the opera chorus at Prague’s National Theatre, where he directed rehearsals for several opera productions. Since 2007 he has been the chief choirmaster of the Prague Philharmonic Choir. His highly acclaimed work with that choir includes rehearsing and conducting a broad repertoire from various stylistic periods as well as making several recordings, including an exceptionally successful CD of cantatas by Bohuslav Martinů. Vasilek also works as an orchestral conductor and is the founder of the Martinů Voices chamber choir, where he focuses mainly on interpreting music of the 20th and 21st centuries. He actively works to popularise choral music, having served as moderator in 2012 and 2016 for two programmes on Czech Radio on the art of choral singing.

Soprano Simona Šaturová is from Bratislava, where she graduated from the conservatoire. She has built her outstanding reputation primarily upon the Mozart repertoire (including the roles of Donna Anna, Pamina, Konstanze, Susanna, and Despina), but she also devotes herself to Italian bel canto and the music of the Baroque and Romantic eras. She makes frequent guest appearances at such important European opera houses as the Théâtre de la Monnaie in Brussels, the Aalto-Musiktheater in Essen, the Oper Frankfurt, and the Théâtre du Châtelet in Paris. In the 2017/18 season, she made her successful debut at the prestigious Semperoper in Dresden. She also dedicates herself intensively to the concert repertoire, with performances the Salzburg Festival, New York’s Carnegie Hall, and the Elbphilharmonie in Hamburg. Her discography includes works by Mozart, Haydn, and Mysliveček as well as music of the twentieth century. Her most recent CD recordings include a noteworthy 2018 release of Dvořák’s Moravian Duets using the composer’s own piano for the accompaniment.

Mezzo-soprano Markéta Cukrová has long been an especially sought-after performer of early music. In that field, she has collaborated with such leading specialist ensembles as Collegium 1704, Collegium Vocale Gent, La Risonanza, Mala Punica, and Musica Florea. Her scope as a performer is much wider, however. She has appeared with the Czech Philharmonic, Brno Philharmonic, and Warsaw Philharmonic in repertoire of the nineteenth and twentieth centuries in collaboration with the conductors Jiří Bělohlávek, Jakub Hrůša, and Jan Latham-Koenig. Besides her extensive concert repertoire, she also has to her credit a number of roles in operas by Handel, Rossini, and Monteverdi. She has taken part in a number of dramaturgically revelatory recording projects, including a recording of Italian arias by Jan Dismas Zelenka and of the Stabat Mater by Jakub Jan Ryba. She also teaches master classes for young singers. In 2018 she was nominated for a Thalia Award, and she made her first appearance at the Dvořák Prague Festival in a performance of Dvořák’s Mass in D Major.

Petr Nekoranec, a rising star of the tenor firmament, graduated from the Pardubice Conservatoire. He launched his meteoric artistic career at the age of twenty, when he won two prizes at the Antonín Dvořák International Singing Competition in Karlovy Vary. Two years later, he won several prizes at the Prague Spring International Music Competition, and in 2014 he won second prize at the Concours International de Chant in Toulouse, France. In 2017 he was the overall winner of the prestigious Francesco Viñas International Competition Singing in Barcelona. From 2014 to 2016 he was an ensemble member with the Bavarian State Opera in Munich, where he sang several parts, including the title roles in Rossini’s Le comte Ory and in Britten’s Albert Herring. For the latter role, he was awarded the Bavarian Arts Prize. In 2016 he took part in the Lindemann Programme at New York’s Metropolitan Opera as the first Czech in history to do so. Since September 2018 he has been engaged as a soloist with the Stuttgart Opera, where he is appearing as Rossini’s Count Almaviva (Barber of Seville) and Ramiro (La Cenerentola) and Donizetti’s Ernesto (Don Pasquale).

Bass Jan Martiník is a graduate of the Janáček Conservatoire in Ostrava. In 2003 he won first prize at the Antonín Dvořák International Singing Competition in Karlovy Vary, and in 2007 he became the youngest finalist in Plácido Domingo’s competition Operalia. Two years later, he won first prize in the Lieder category at the prestigious Cardiff Singer of the World competition. He is a regular guest at the Opera of the National Theatre in Prague, and from 2008 to 2011 he was an ensemble member with the Comic Opera in Berlin. Since the 2012/2013 season, he has been engaged as a soloist with the Berlin State Opera Unter den Linden. His repertoire spans from Mozart roles (Leoprello, Sarastro, Masetto) and Verdi characters (Pistola in Falstaff, Dottore Grenvil in La traviata) to parts in Italian verismo operas (Colline in La bohème, Betto in Gianni Schicchi). He has appeared on the concert stage with many top orchestras such as the Staatskapelle Dresden and the BBC Symphony Orchestra in collaboration with the conductors Daniel Barenboim, Zubin Mehta, Fabio Luisi, and many others. His discography includes a recording of Donizetti’s Requiem with Collegiem 1704.