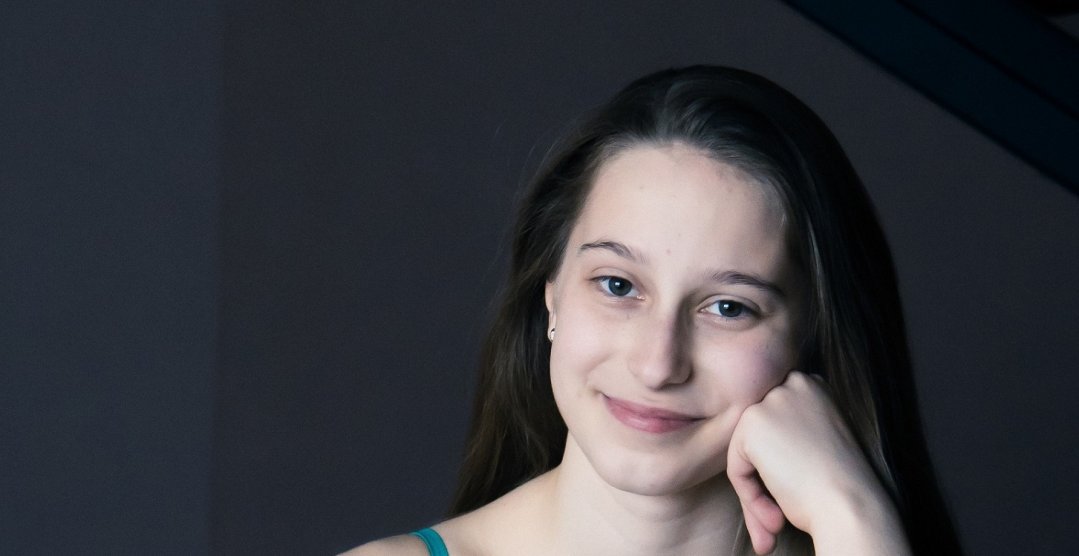 Performance of the Humoresque No. 7 in G flat minor (on an original insrument of Antonin Dvořák)

Natalie Schwamová has played piano since age eight, and she is currently a student at the Academy of Performing Arts in Prague. She has won many piano competitions in the Czech Republic and abroad. At age 14 she took second place at the International Smetana Competition in Pilsen in the under-30 category, and a year later she became the youngest winner of the Frédéric Chopin International Piano Competition in Mariánské Lázně. In 2015 she was one of the youngest participants at the prestigious Chopin International Piano Competition in Warsaw. At age ten she made her debut in Mozart’s Piano Concerto in D Minor with the Buenos Aires Philharmonic. In this country, she has appeared with the Czech Chamber Philharmonic Orchestra in Pardubice, the Janáček Philharmonic in Ostrava, the Pilsen Philharmonic, and in 2014 and 2016 at the Rudolfinum with the Prague Symphony Orchestra. In 2017 she played the solo part in Sergei Rachmaninoff’s Piano Concerto No. 3 with the Aarhus Symphony Orchestra in Denmark. She has appeared as a soloist in recitals in Germany, Italy, Austria, Denmark, Spain, Argentina, and the USA.