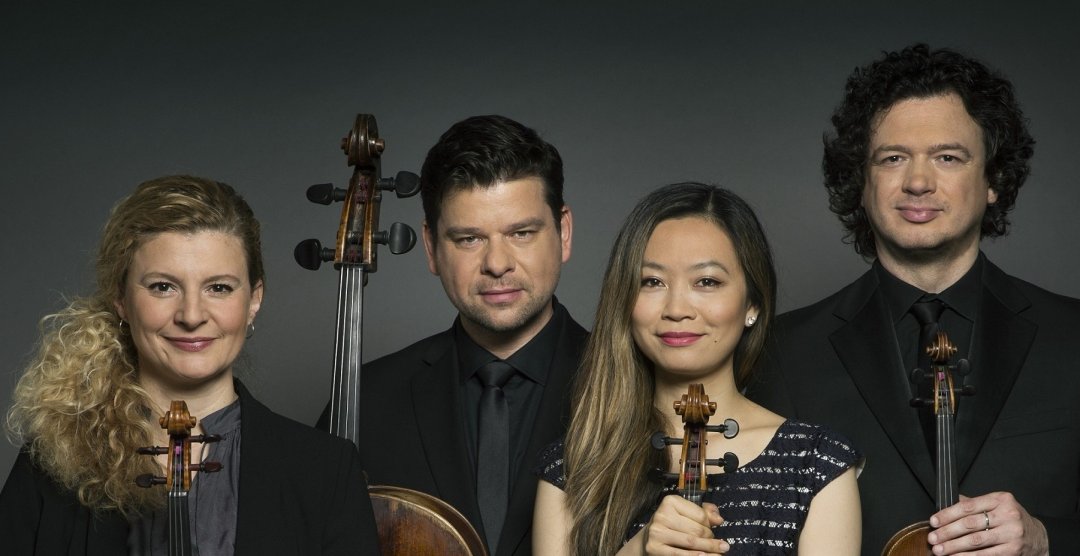 The concluding concert of the Chamber Series presents encounters between its protagonists –series curator and pianist Boris Giltburg with the Pavel Haas Quartet – as well as between two great composers of the 19th and 20th centuries. They will be heard in reverse chronological order, however, so the last word will belong to the Czech composer to whom the whole festival and the Dvořák Collection series are dedicated. This is also a meeting of two masters of contrast: one who tends to be kind and gentle, the other, often sharply ironic.

Dmitri Shostakovich wrote his Piano Quintet in G Minor in 1940. Before that, he had been hard at work on his Symphony No. 6 and an arrangement of Mussorgsky’s opera Boris Godunov, so it might seem that writing this quintet was something of a breather for him. This transparent, classical-sounding music is still teeming with emotion and playfulness with a constant emanation of melancholy. Dvořák’s last piano trio, nicknamed “Dumky”, is oriented towards the east but in a diametrically opposite mood. It took inspiration from a Ukrainian song form with an alternation of wild and pensive passages.

After victories at the Prague Spring Competition and the Premio Paolo Borciani in Reggio Emilia, Italy, in 2005 the Pavel Haas Quartet quickly won itself a place among today’s most prominent chamber ensembles. The quartet members studied with Milan Škampa, the legendary violist of the Smetana Quartet. The Pavel Haas Quartet appears at the most important concert halls around the world. In 2007 the European Concert Hall Organisation (ECHO) named the Pavel Haas Quartet as one of its “Rising Stars”. This gave the group the unique opportunity to appear in a series of concerts at important concert venues. From 2007 to 2009 they took part in the BBC New Generation Artists programme, and in 2010 they won a special scholarship from the Borletti–Buitoni Trust. The Pavel Haas Quartet records exclusively for Supraphon. They have eight albums to their credit, and all of their CDs have won significant international awards – the Diapason d’Or de l’année, the BBC Music Magazine Award for two albums, and the Gramophone Award on six occasions. The quartet is named for the Czech composer Pavel Haas (1899–1944), whose musical legacy includes three magnificent string quartets.