Orchestral Academy of the Prague Philharmonia 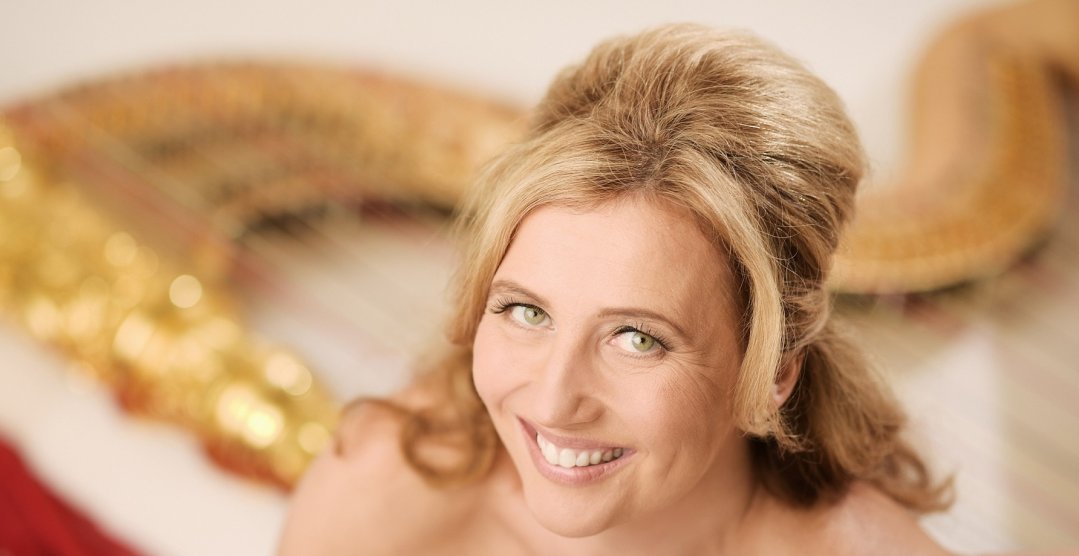 In music, virtuosity is an admired, although its value is sometimes overestimated. Franz Liszt, Elias Parish Alvars, and Leoš Janáček were all virtuosos in their own entirely different ways, but at the same time the quality of their musicianship could hardly be overstated. All three were somehow unique and incomparable. The special characteristics of their composing, playing, and thinking will represent a challenge for this partnership of experienced and youthful musicians who constitute the orchestra Prague Philharmonia in conjunction with its Orchestral Academy. The concert opens with Les préludes, the third of the thirteen symphonic poems composed by Franz Liszt. One of the most influential musicians of the nineteenth century is presented here as the creator of the musical genre of the symphonic poem and of programme music, and also as an exceptional composer of orchestral music. It is good from time to time to be reminded of how his music influenced Bedřich Smetana and of how much Richard Wagner borrowed from him. In his day, the harpist Elias P. Alvars was famed primarily as an outstanding player, and he came to be called the “Liszt of the Harp”. This was because of not only his exceptional ability as a player, but also his personal charisma. In addition, he and Liszt both played superb instruments made by the company Érard. Performing Alvars’s Harp Concerto in E Flat Major will be Jana Boušková, the principal harpist of the Czech Philharmonic and an outstanding soloist. The rhapsody Taras Bulba is one of the masterpieces by Dvořák’s friend and admirer Leoš Janáček. Janáček’s work is explicitly programmatic, and it employs expressive resources to the extreme. It is in part thanks to this that the music moves listeners with almost cinematic eloquence. The patriotic tale of the Cossack chief Taras Bulba is framed by the deaths of his sons and finally by his own death. It is the title hero’s intractability that ultimately brings the composition to its emotional conclusion and reminds us of the perseverance of the human spirit.

The Prague Philharmonia was founded in 1994 by Jiří Bělohlávek as the Prague Chamber Philharmonic, an ensemble consisting of recent graduates of music schools. Maestro Bělohlávek was at the orchestra’s helm until 2005, when his successor for three concert seasons was the Swiss conductor Kaspar Zehnder. From 2008 until 2016 Jakub Hrůša was the orchestra’s chief conductor and artistic director. Since the 2015/2016 season, the French conductor Emmanuel Villaume has been at the orchestra’s helm. Since the orchestra’s inception, its core repertoire has been the music of the Viennese Classical period, supplemented by compositions from the Romantic era and a special concert series with music of the twentieth century. During its twenty-three years of activity, the orchestra has established itself as one of the most distinguished Czech ensembles, and it also appears regularly on stages abroad. It has so far recorded more than 80 albums for top international labels (Deutsche Grammophon, Harmonia Mundi, Decca) and has won numerous prestigious awards for these recordings. At the beginning of 2020, the orchestra went on a three-week European tour with the world-famous tenor Jonas Kaufmann.

Orchestral Academy of the Prague Philharmonia

The Orchestral Academy of the Prague Philharmonia was established in 2008 as the very first project of its kind in the Czech Republic. It is intended for young Czech and foreign performers between eighteen and thirty years of age, and it enables them to gain orchestral experience and to draw on the experience of the members of a renowned ensemble. Annually, the academy accepts between twelve and fourteen musicians who play violin, viola, cello, bass, flute, oboe, clarinet, French horn, trumpet, trombone, and percussion. Right at the beginning of their musical careers, members of the Orchestral Academy get a unique opportunity to participate in the artistic projects of the Prague Philharmonia, to give concerts on stages in this country and abroad, to appear in the concert series of the orchestra, and to take part in recording projects for renowned labels. The Orchestral Academy of the Prague Philharmonia has been in existence for more than ten years, and in that time, among the outstanding players to go through the fellowship programme have been the violinist Jakub Fišer, the violist Ondřej Martinovský, and the French horn player Kateřina Javůrková.

The conductor Marek Šedivý is a graduate of conducting studies at the Prague Conservatoire and the Academy of Performing Arts in Prague. During the 2012/13 season, he was engaged at the recommendation of Jiří Bělohlávek as the assistant conductor for a production of Wagner’s opera Tristan und Isolde at the Canadian Opera Company in Toronto. From 2016 to 2018 he was the chief conductor at the Silesian Theatre in Opava, and he has also worked at the State Opera in Prague, the J. K. Tyl Theatre in Pilsen, and the National Moravian – Silesian Opera in Ostrava. Among the operas he has conducted at those theatres have been Cavalleria Rusticana (Mascagni), Rusalka (Dvořák), Falstaff (Verdi), The Cunning Little Vixen (Janáček), and The Tempest (Fibich). He is currently the principal guest conductor of the Prague Radio Symphony Orchestra, and he is the music director designate of the National Moravian – Silesian Opera in Ostrava from the 2020/2021 season. He appears at such prestigious music festivals as Prague Spring, the Chopin Festival in Mariánské Lázně, the Dvořák Prague Festival, Pardubice Musical Spring, and Mozartfest Würzburg. In September 2019 he made his debut in Vienna with the Tonküstler Orchestra, where he performed Dvořák’s Requiem.

The harpist Jana Boušková is an international phenomenon. Besides taking first prize at the world’s most prestigious harp competition (USA, 1992), her other numerous awards include victory at the Concours International de Musique de Chambre in Paris and at the Torneo Internazionale di Musica in Italy. She appears regularly as a soloist and in chamber music ensembles at important Czech and foreign concert stages and festivals. Among her most important appearances have been solo recitals at New York’s Alice Tully Hall in the Lincoln Center, the Théâtre du Châtelet in Paris, the Musikverein in Vienna, the Prague Spring Festival, and the Berliner Festtage. As a soloist with orchestra she has appeared at New York’s Carnegie Hall, Tokyo’s Suntory Hall, the Gewandhaus in Leipzig, and the Concertgebouw in Amsterdam. Since September 2019 she has been a professor at the prestigious Royal College of Music in London, and since 2005 she has also been teaching at the Royal Conservatoire in Brussels. She has made more than twenty CDs for Czech and foreign labels. Since 2005 she has been the principal harpist of the Czech Philharmonic.