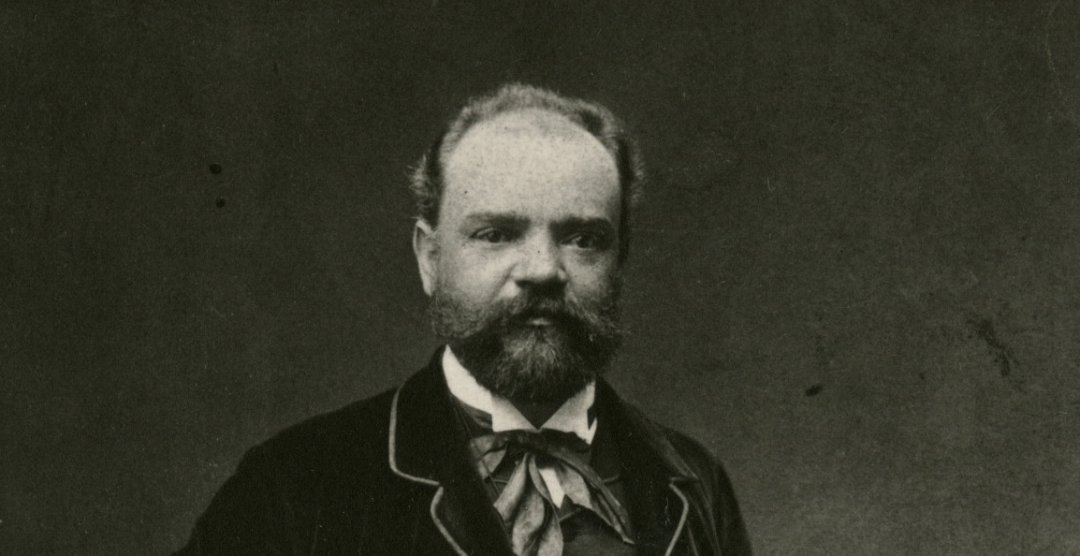 Antonín Dvořák: Selected scenes from the operas Dmitrij, Op. 64, and The Jacobin, Op. 84

This year’s traditional festival prelude, On the Trail of Antonín Dvořák, will take us to Maleč, a chateau near Chotěboř. In the 19th century, this lovely neo-Renaissance Empire structure served for 40 years as the summer home of the illustrious Czech patriot, František Ladislav Rieger, and of his father-in-law, František Palacký, during the last years of his life. Rieger’s daughter Marie Červinková-Reigrová, one of the most educated Czech women of her day, was also present at the chateau. Much of her literary activity consisted of writing opera libretti, two of which – The Jacobin and Dmitrij – were set to music by none other than Antonín Dvořák. While working on those operas, the composer regularly engaged in correspondence with Červinková-Reigrová, and he was a guest at Maleč on numerous occasions. Lovely recollections of these visits have been preserved from the diaries of the librettist and correspondence from the period. Festival visitors to the chateau and adjacent garden will have the chance to take in the atmosphere of an authentic environment where many important figures of Bohemia’s public and cultural life from the latter half of the 19th century spent time, and they will get to enjoy musical works by Dvořák, played in places that contributed significantly to their creation. In accordance with tradition, festival musicologist Dr David Beveridge will supplement the programme with his expert commentary. After the programme, those who are interested may visit an exhibition titled "A Memorial to F. L. Rieger and F. Palacký".

Lenka Navrátilová studied piano under Prof. Jaroslav Čermák and harpsichord under Prof. Rudolf Zelenka at the Teplice Conservatoire and choral conducting of sacred music under Prof. Jiří Kolář and Prof. Marek Štryncl at Charles University. She is a professor of opera coaching at the Prague Conservatoire, and she is an accompanist and rehearsal pianist of the Prague Philharmonic Choir. She has engaged in long-term cooperation with the Prague Chamber Choir and the Czech National Symphony Orchestra Mixed Choir, and she is a choirmaster of the Kühn Choir of Prague. She has conducted concerts with the choir at the Dvořák Prague Festival, Musica Holešov, and the Saint Wenceslas Festival. As a choirmaster, she has taken part in concerts of the Czech Philharmonic, the Prague Symphony Orchestra, the Berg Orchestra, the Antonín Dvořák Music Festival in Příbram, Film Music Prague, the Prague Proms, and concerts produced and presented by Radio Classic. She has also rehearsed the choir for opera productions at the National Theatre. On programmes of the concert series of the Kühn Choir of Prague, she has given several world premieres of choral works. As the assistant choirmaster of the Prague Philharmonic Choir, she has appeared on concert tours in Doha and Berlin and at the opera festival in St. Gallen.

From childhood, the pianist, singer, and teacher Ahmad Hedar sang in the Pueri Gaudentes choir. He completed his piano studies at the Academy of Performing Arts in Prague in the studios of Martin Kasík and František Malý. He has taken part in many masterclasses, including one led by Paul Badura-Skoda. He has worked as an opera coach with leading singers of the younger generation, including Petr Nekoranec, Kateřina Kněžíková, and Roman Hoza as well as with opera legends like Gabriela Beňačková and Eva Randová. In 2016 he took the prize for best piano accompaniment at the Antonín Dvořák International Singing Competition in Karlovy Vary. He is a member of Run OpeRun, which brings opera to a young public and to the general public at unusual venues. With them, he has rehearsed productions of The Magic Flute, Le nozze di Figrao, Rusalka, and La voix humaine. In 2019 he earned a fellowship from the prestigious Bayreuther Festspiele. In addition to playing piano, he also devotes himself to both operatic and non-classical singing. Since 2019 he has been teaching at the Jan Deyl Conservatory.

Kateřina Ochmanová has won several prizes in various categories at several national competitions for students at elementary performing arts schools. At the Academy of Performing Arts in Prague, she graduated from Ivo Kahánek’s piano studio. She has taken part in many masterclasses and was selected as a participant at a masterclass in Leipzig with Angela Hewitt, known around the globe for her interpretations of the music of J.S. Bach. She spent a year studying at the Dresden College of Music in the studio of Arkadi Zenzipér under the Erasmus programme. She has also studied chamber music both abroad (in Paris and Vienna) and at the Academy of Performing Arts in Prague. She has won several prizes for collaborations at the piano, and together with Martin Smutný she won second prize and a special prize for the best performance of a work by Antonín Dvořák at the International Schubert Competition for Piano Duos in Jesenik. She has appeared as a soloist with orchestras, including the Czech Chamber Philharmonic in Pardubice and the Janáček Chamber Orchestra. She is a founding member of the ensemble Quasi Trio, which appears regularly on Czech concert stages.

Soprano Tereza Hořejšová is a graduate of the Pardubice Conservatory and of the Academy of Performing Arts in Prague. She is a laureate of several international competitions and twice was a winner of the Antonín Dvořák Competition in Karlovy Vary in the Junior and Song categories. She was also a successful participant at the Éva Marton International Singing Competition in Budapest and the Ferruccio Tagliavini Competition in Deutschlandsberg. For a year, she studied in Milan at the Giuseppe Verdi Conservatoire, where she introduced herself in the contemporary opera Valentina by Arturs Maskats, in Mozart’s Le nozze di Figaro, and in Verdi’s La traviata. In the last two years, she has been touring Germany and Switzerland regularly as the First Lady (The Magic Flute) and Anna (Nabucco). She has made guest appearances in Liberec in the role of Ciboletta (Night in Venice) and the Second Wood Sprite (Rusalka). She works regularly as a freelance artist with the Prague Philharmonic Choir, and besides singing, she devotes herself to playing piano and working as an opera coach. She has a great passion for recitals with piano, especially in the Czech and foreign song literature.

From 2006 to 2010 Raman Hasymau studied choral conducting at the Minsk Conservatoire, then he spent four years studying classical singing at the Prague Conservatoire. Since 2018 he has been furthering his education at the Academy of Performing Arts in Prague, where he is studying opera singing. He worked first as a choral singer and later as a soloist with the Belarusian Philharmonic. As a student at the Prague Conservatoire, he sang the role of Vulcan in Jean-Baptiste Lully’s opera Psyché and the role of Miloš in the opera The Black Lake by Josef Richard Rozkošný, then during his studies at the Academy of Performing Arts in Prague he appeared as Jeník in Smetana’s Bartered Bride and as Don Ottavio in Mozart’s Don Giovanni. At the Olomouc Baroque Festival he sang the role of General Parmenion in Tomáš Hanzlík’s opera Lacrimae Alexandri Magni (The Tears of Alexander the Great), and this year he toured Germany as Tamino in Mozart’s Magic Flute.

Maleč Chateau is located near Chotěboř, northeast of Havlíčkův Brod. It was built in 1602 by Jan Beneda von Nečtiny as a late-Renaissance chateau at the site of what had originally been a medieval fortress. It was rebuilt in its present Neoclassical form after 1827. The chateau is surrounded by an English garden with a number of rare tree species and a pond. It has been open to the public since 2018, and it features a permanent exhibition presenting the lives and work of two important figures of 19th-century Czech history: František Ladislav Rieger and František Palacký. For more information, go to www.zamekmalec.cz.