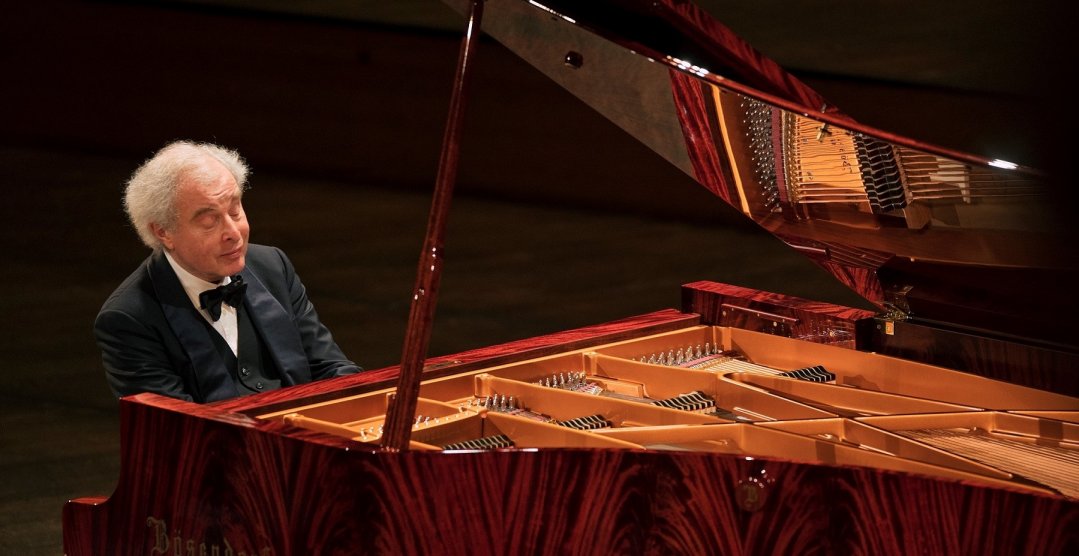 He creates the perfect illusion that the piano is veritably singing; his playing, moreover, displays an inexhaustible range of colours. Sir András Schiff is a phenomenal musician, an exciting figure who radiates intelligence and charisma. He made many recordings for Decca before switching to the discriminating ECM label in 2015. He is coming to the Dvořák Prague Festival as an artist-in-residence, and the first of his performances will be a solo recital.

Two items on the programme are works by Dvořák’s admirer and friend, Leoš Janáček. The cycle On an Overgrown Path presents a wonderful opportunity for Schiff to depict the colours and moods – which he realises with perfect mastery. When listening to it, one can scarcely believe that, when composing the cycle, Janáček did not yet know Debussy’s music. Janáček’s composition I. X. 1905 (“From the Street”), also referred to as a sonata, tells the dramatic story of the death of a young man during the suppression of a demonstration by Czech patriots in Brno. The author of the cycle Davidsbündlertänze and of the Sonata No. 1 in F sharp Minor is the German Romantic composer Robert Schumann. In the hands of the soulful virtuoso Schiff, there is an encounter between two extraordinary poets of the piano.

András Schiff has long been one of the most brilliantly shining stars among pianists. A native of Hungary, he lives mainly in Basel and Florence, and he is widely regarded as one of the great interpreters of the music of the Baroque, Classical, and Romantic periods, although his vast repertoire extends into the music of the 20th century as well. He is a great lover of Czech music: his recordings for the ECM label include most of Leoš Janáček’s piano music, he frequently performs the chamber works of Antonín Dvořák, and he also instigated and financially supported the publication of a facsimile edition of Dvořák’s Piano Concerto in G minor. Schiff appears regularly on all of the world’s important stages, and he has an enormous discography to his credit including complete sets of the Mozart, Beethoven, and Schubert piano sonatas. He teaches masterclasses at prestigious music schools, and he has also enjoyed success as a conductor. For his artistic activities, he has won countless awards, including a Grammy, a Gramophone Award, and the Order of the British Empire.