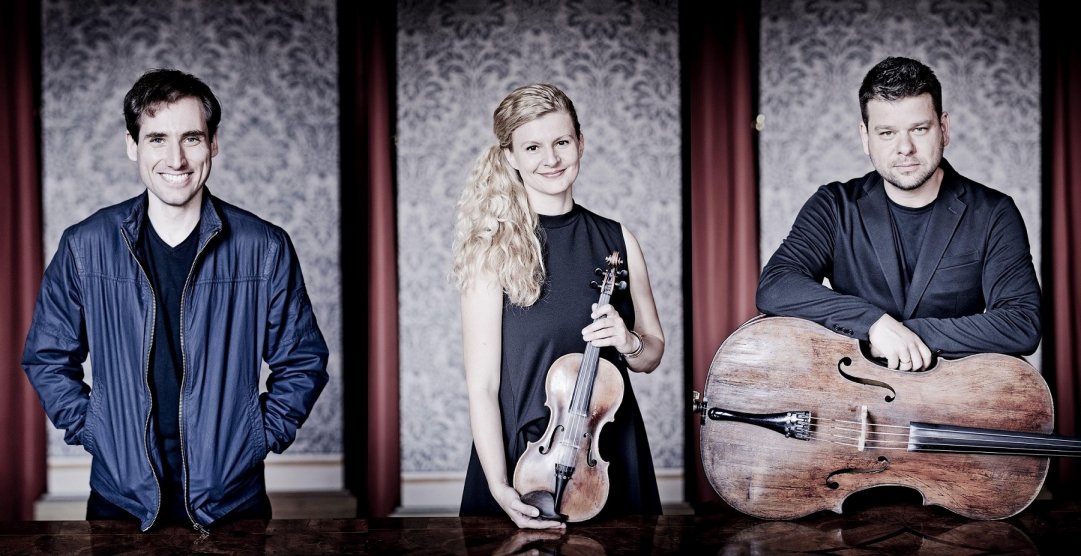 The second movement of the Piano Trio in E-flat Major by Franz Schubert will probably get increased attention from film buffs, who will recall it from Stanley Kubrick’s historical fresco Barry Lyndon or its use in Michael Haneke’s intimate drama La Pianiste, based on the novel by the Nobel Prize laureate Elfriede Jelinek. One of Schubert’s last works, the trio is something much more than an opportunity for cinematic nostalgia: it is a grandiose musical gesture that fortified music on its path from Beethoven to true Romanticism. We will hear the genre in both its joyous and its reflective aspects in the first and second of Antonín Dvořák’s piano trios. The two compositions contrast rather markedly, despite both having been written within the space of a single year. The Piano Trio No. 1 in B-flat Major is combative in mood, ultimately soaring in ecstasy in the finale. In the Piano Trio No. 2 in G Minor we find a pensive Dvořák, perhaps still grieving over the death of his daughter.

For the performances of all three compositions at St Agnes’s Convent, the curator of the Chamber Series, the outstanding pianist Boris Giltburg, is joining with members of the Pavel Haas Quartet, violinist Veronika Jarůšková and cellist Peter Jarůšek. They will play all of Dvořák’s piano trios during the festival, realising the plans for Dvořák Collection series programmes launched at last year’s festival, that is to present all of Dvořák’s chamber music with piano.

The violinist Veronika Jarůšková established the Pavel Haas Quartet in 2001. From the beginning, the quartet worked with the violist of the Smetana Quartet, Prof. Milan Škampa. In 2005 they were victorious at the Prague Spring International Music Competition and at the prestigious Premio Paolo Borciani in Reggio Emilia, Italy. In 2006 the European Concert Hall Organisation named them as one of their “Rising stars”, and they also became a part of the BBC Radio project “BBC New Generation Artists” in London. This paved the way for the quartet to appear on stages around the world. The Pavel Haas Quartet records exclusively for the Supraphon label. They have eight albums to their credit, and all of their CDs have earned important international awards – the Diapason d’Or de l’année, the BBC Music Magazine Award twice, and the Gramophone Award six times. With the Pavel Haas Quartet, Veronika Jarůšková appears regularly at the most renowned concert halls and festivals around the world.

Since 2004, the cellist Peter Jarůšek has been a member of the Pavel Haas Quartet, which had been founded two years earlier by his wife Veronika Jarůšková. In 2005, the quartet, one of today’s most acclaimed chamber ensembles worldwide, was victorious at the prestigious Premio Paolo Borciani in Reggio Emilia, Italy, and at the Prague Spring International Competition. A year later, the quartet became part of the “BBC New Generation Artists” project in London, and at the same time the European Concert Hall Organisation named them as one of its “Rising Stars”. So far, the quartet has made eight CDs for the Supraphon label. All of their albums have won important international prizes: the Diapason d’Or de l’année, the BBC Music Magazine Award twice, and the Gramophone Award six times. Besides playing in the quartet, Peter Jarůšek also appears regularly at the most renowned concert halls and festivals, and he is a sought-after instructor at chamber music masterclasses around the world.

The Convent of St. Agnes in the 'Na Františku' neighbourhood of Prague's Old Town is considered the first Gothic structure not only in Prague but in all of Bohemia. It was founded by King Wenceslas I in 1233–34 at the instigation of his sister, the Přemyslid princess Agnes of Bohemia, for the Order of Saint Clare which Agnes introduced into Bohemia and of which she was the first abbess. The convent was preceded by a hospital. The 'Poor Clares' originated as an offshoot of the Order of St. Francis of Assisi, and the convent was at one time known as the Prague Assisi. Agnes was an outstanding figure in religious life of the thirteenth century. Besides this Clarist convent she also founded the only Czech religious order – the Hospital Order of the Knights of the Cross with the Red Star. She was canonized in 1989.