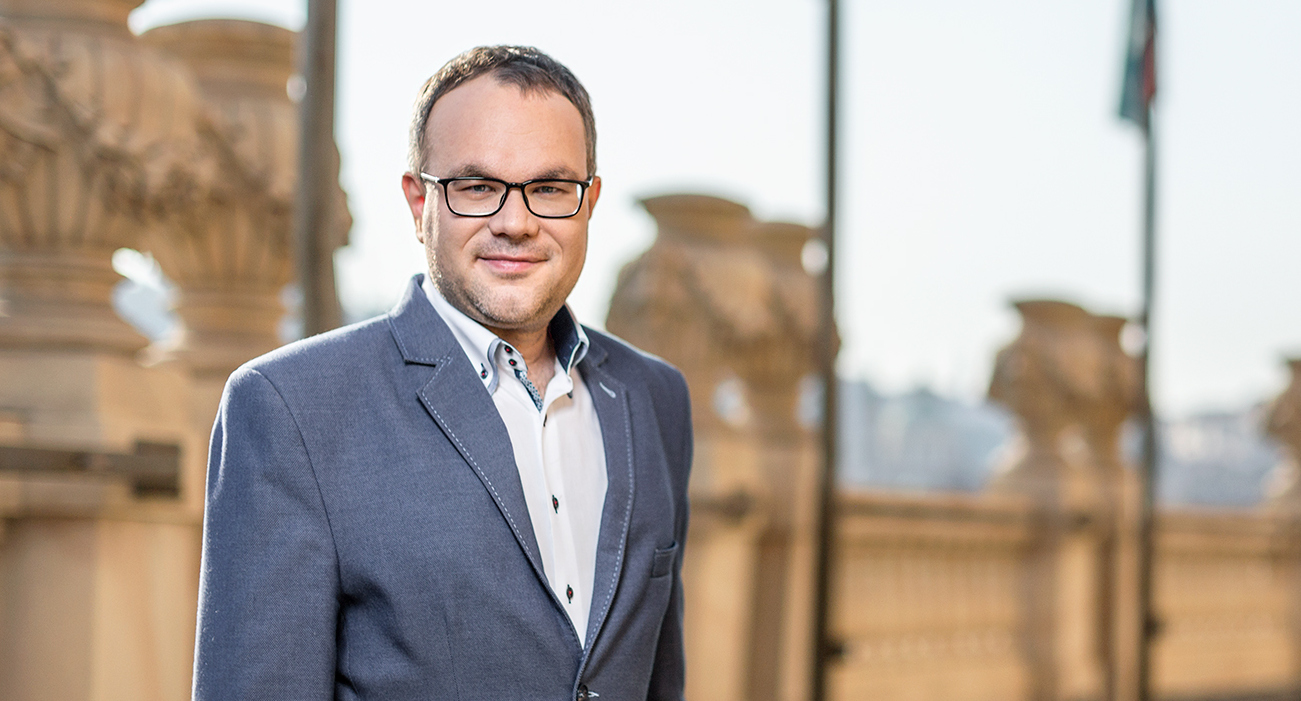 DAVID MAREČEK: The Orchestra in the Eyes of the Executive Director

We met with the executive director of the Czech Philharmonic David Mareček just a few weeks before the start of an American tour. We talked not only about that, but also about the orchestra’s unique sound and its new chief conductor Semyon Bychkov. Maestro Bychkov is going to the USA with the Czech Philharmonic basically on a visit back home – he has been an American citizen for 35 years.

A Czech Philharmonic tour of America is on the horizon – how many times has the orchestra been to the USA under your leadership, and how much are you looking forward to going there this time?

We are going to the USA for just the second time during my tenure. It was in 2011 that I began working with the Czech Philharmonic, and that was three years after a big American tour that did not turn out the way the orchestra would have liked. So with Jiří Bělohlávek we tried to put together another tour of better quality in 2014. The tour was a great success, and because it turned out so well, work began on planning this year’s tour. With regard to prestige, this tour will be on a higher level – we’re playing twice at Carnegie Hall, and there are other prestigious halls on the tour where we have not played in a long time, including the Kennedy Center.

Antonín Dvořák conducted the first concert of the Czech Philharmonic; and it took place at the Rudolfinum in Prague – the orchestra’s home, where it gives concerts to this day. Dvořák, however, felt almost equally at home in the USA as at the Rudolfinum – do you feel at home there as well?

We feel that way because Americans still take Dvořák as one of their own, and he is always the first composer they want to hear. They want Janáček too, for example, but Dvořák comes first. With Jiří Bělohlávek we played the New World Symphony, and now with Semyon Bychkov it will be the Seventh Symphony and the Cello Concerto. In America, there still prevails an awareness of Dvořák as a native composer who also taught American musicians.

At the Kennedy Center, the Czech Philharmonic will receive the Antonín Dvořák Prize. Among the laureates so far have been the cellist Yo-Yo Ma, your previous chief conductor Jiří Bělohlávek, and Dvořák’s great grandson, the outstanding violinist Josef Suk. The Czech Philharmonic is in a sense Dvořák’s offspring – do you regret that you were not the first to receive the prize?

We were surprised to win the award at all because it was always a rule to award the Antonín Dvořák Prize to a person, but the representatives of the Academy of Classical Music decided that in the year of the 100th anniversary of the founding of Czechoslovakia as an independent state, they would grant the award to an exceptional institution. We take this as a tremendous honour, and we do not regret not having been the first. Instead, we are still surprised and pleased.

What do you like best about the USA personally? That is, if you will have time during the tour to notice something other than artistic, organisational, or social matters…
There usually isn’t much time, and I’m sorry about that. There’s no time for seeing America’s beautiful wilderness, which I know from television or the internet. I like Washington, which is probably the most European of America’s cities. I also have beautiful memories of 2014, when we played at the cathedral there in honour of Václav Havel, and the former American Secretary of State Madeleine Albright gave a speech. Her address was lovely, and I realised what a persona she is, and a professional – that’s something I find lacking in many politicians. I also like New York, although that’s a cliché that probably everybody says. But I really do like it; it’s a special, lively, attractive city, and I even enjoy just walking around there, for example.

We have already discussed the fact that the Czech Philharmonic will be playing plenty of Dvořák on its American tour, and besides his compositions, the Double for Orchestra by Luboš Fišer is also on the programme. Is the emphasis on Antonín Dvořák or on music by Czech composers noticeable in general elsewhere than in the USA?
This is a general trend, because Czech composers have written a great deal of excellent music that has won fame around the world. Whether we are talking about Dvořák’s symphonies from the Seventh onwards and the Cello Concerto or Bedřich Smetana’s Má vlast, and also Bohuslav Martinů – above all his Fourth Symphony and Sixth Symphony – and Janáček’s Sinfonietta, Glagolitic Mass, and Taras Bulba. We are grateful for this wealth of music, but we still try to insert the music of other composers into our repertoire when on tour in order to avoid turning the Czech Philharmonic into a museum where only Czech music is played.

The Czech Philharmonic is often said to have a special sound that stands out from the increasingly uniform sound of Western orchestras. Could you give this sonic originality a rational definition or description?
Yes, definitely, at least somewhat. The orchestra consists almost exclusively of Czech musicians, although there are also some foreign musicians in it. But most of them are Czechs, and although some of them have been abroad, like the concertmaster Josef Špaček who studied in Philadelphia and New York, they all got their start here in Elementary Schools of the Arts. The language also plays a role in this, as it is something that is always reflected in how a person treats a musical phrase. And of course, traditions are passed on to younger generations as well. When new members join an instrumental section, the more experienced players teach them how the Czech Philharmonic plays.

What do you regard as the Czech Philharmonic’s greatest success during your tenure?
I regard Jiří Bělohlávek’s return as the greatest success, because that brought the Czech Philharmonic back to the place where it had always been. After the first American tour, and especially the concerts in Washington and New York. The Czech Philharmonic was returning to all of the world’s important stages, where it had once played. The contract with Decca is definitely a success, because that was the first time a Czech orchestra had won an important contract for symphonies. I also regard as a success the fact that the public is attending our concerts: 95 to 98 percent of our concerts are sold out, and that was not the case seven years ago, when I started working here.

You have a new chief conductor, Semyon Bychkov. He has been working with the Czech Philharmonic regularly, but now the intensity of his activities will be increasing. What changes to its musical orientation can the Czech Philharmonic expect with him?
We want to take advantage of the strengths in his repertoire, meaning Russian music primarily. Tchaikovsky, certainly, whose symphonies we are recording with Semyon Bychkov, and there will also be Shostakovich, apparently, and a bit of Rachmaninoff as well. But there will also definitely be Mahler, whose music we wish to perform and record with Semyon Bychkov in its entirety. Maestro Bychkov is a conductor of a Romantic and Late Romantic character, so there is also German music – Johannes Brahms and Richard Strauss. On the other hand, he himself wishes to delve more deeply into Czech music. He has never conducted Má vlast, but he has fallen in love with it and has already programmed it for a guest appearance abroad, in order to be able to conduct it with the Czech Philharmonic for the first time in 2019. We also have plans for Dvořák’s symphonies with him, and major vocal works: the Stabat Mater, Requiem, and Rusalka.

Your are a pianist, and you make concert appearances together with the bass Jan Martiník. Is the fact that you are yourself an active musician reflected in some way in your work in artistic management?
I hope so. Firstly, I prepare projects and individual seasons to be what I myself would want to see. The artistic side of things is terribly important to me, and it comes first. Then there is a certain function of relaxation that balances the managerial work. And the last point is that I know what a musician feels on stage – that is something a manager very quickly forgets. It’s not that my demands on the orchestra’s performance are any less because of this. But when you push for something while knowing how difficult it is to achieve, you treat people completely differently. 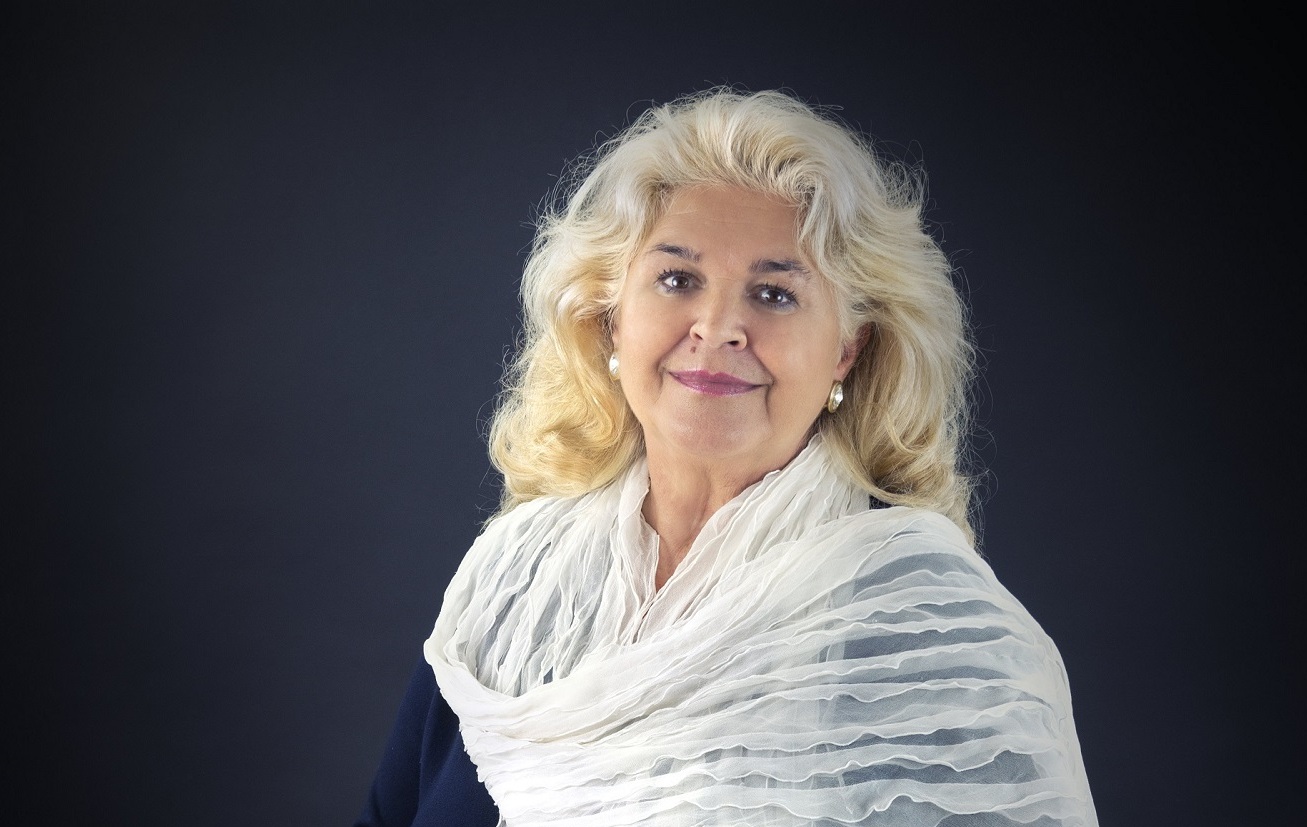 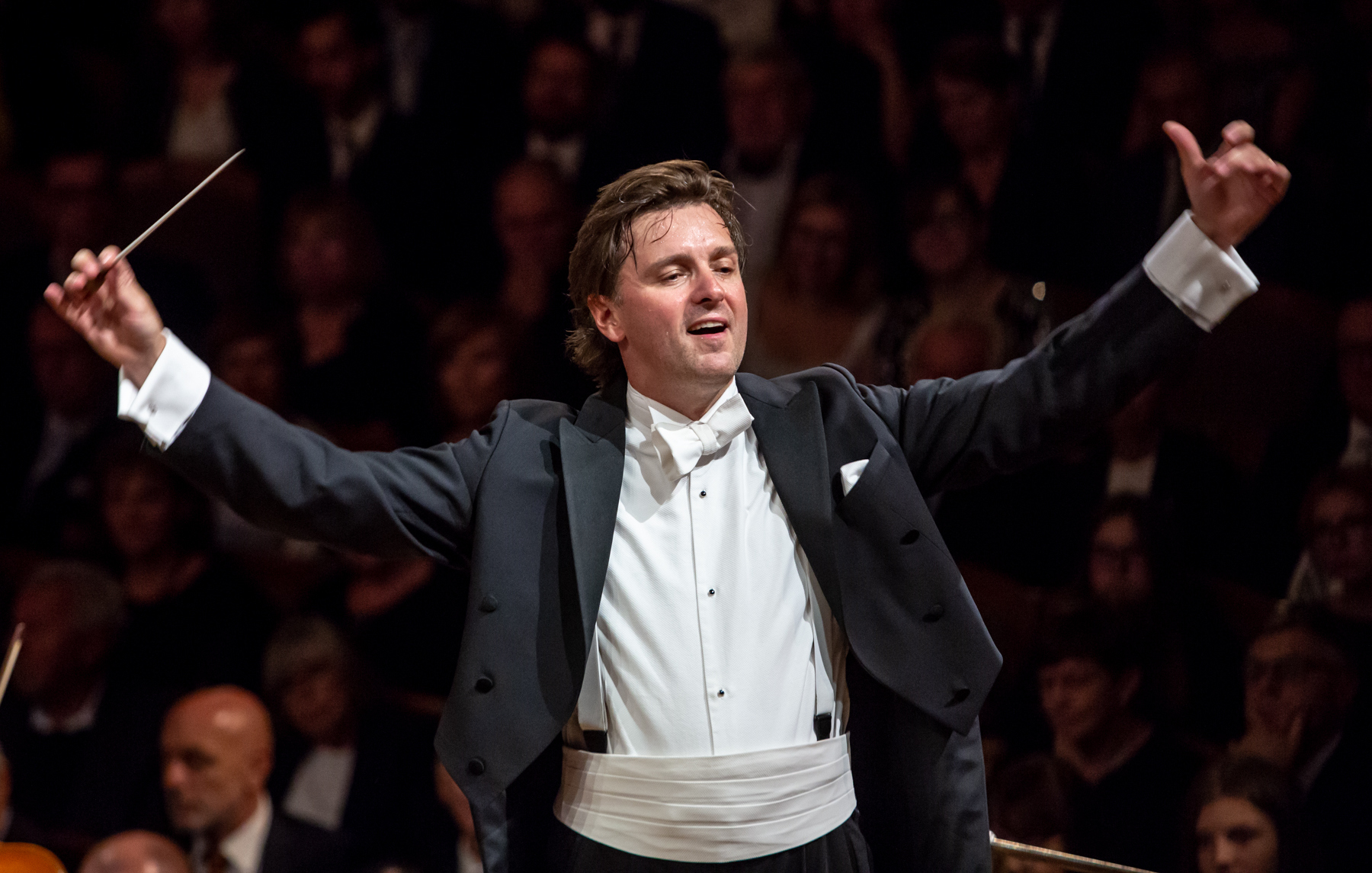