For our traditional Christmas pre-sale, we have chosen concerts just for you: the Vienna Philharmonic, the Bamberg Symphony, and the Pavel Haas Quartet with Boris Giltburg.

Three Presents under the Tree: The 2021 Dvořák Prague Festival before Christmas

In its history, the Dvořák Prague Festival has built a strong foundation on major events that are able to embody a combination of dignity with powerful musical content. In concerts of the Pavel Haas Quartet with the pianist Boris Giltburg, the Vienna Philharmonic with Herbert Blomstedt, and the Bamberg Symphony Orchestra with Jakub Hrůša, even more is involved. The three concerts of the Christmas pre-sale offer not only top events at the festival, but also insight into this country’s musical history and the future of the festival.

If there is something towards which this year’s events were truly unfavourable, it was public life, and musical events of all genres have perhaps suffered the most of all from the public health restrictions. There seem to have been several guardian angels standing over the Dvořák Prague Festival in spite of all the difficulties that it shared with musicians all around the world. Naturally, the 2020 festival underwent major changes, but ultimately it took place live, without the need for streaming concerts from empty halls or finding alternative solutions without direct contact with the public. The festival demonstrated its strength and vitality even under extreme conditions, and it is making plans for the coming years with a great deal of optimism. In addition, listeners can already share the festival’s prospects now through the Christmas pre-sale, which offers not only a guaranteed seat at three splendid concerts, but also a feeling of solidarity and a bit of hope and faith that things will take a turn for the better, and that love for music will triumph.

Obsession with Music and Detailed Work: The Pavel Haas Quartet and Boris Giltburg

When the Pavel Haas Quartet recorded Dvořák’s Piano Quintet No. 2 in 2017, they were joined by Boris Giltburg as the already tried and true fifth member. The quartet’s first violinist Veronika Jarůšková characterises him as a world-famous soloist with an amazing affinity for chamber music. The cellist Peter Jarůšek added that he is an exceptionally sensitive player with an enormous feeling for colour. The Pavel Haas Quartet and Giltburg share an almost fanatical enthusiasm for music, but with no lack of intellect and with plenty of room for the polishing of details and of the overall performance. The sensitivity and refinement of Giltburg’s playing allow the strings to sound much more colourful than is usual in piano quintets. With Giltburg, the piano does not dominate; instead, it participates as an equal in a greater whole. 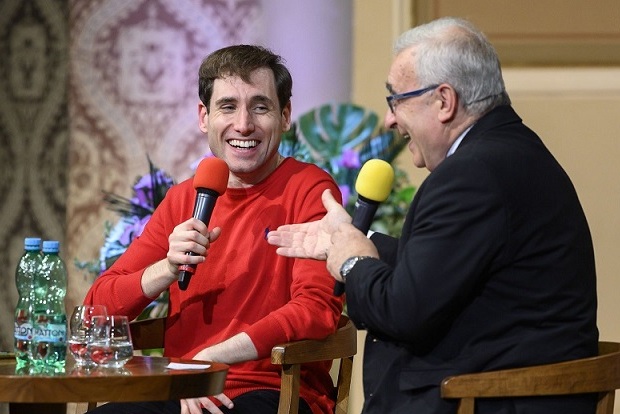 Boris Giltburg at his festival premiere in 2019. He performed Liszt´t Transcendental Etudes and Rachmaninoff´s Preludes with great success.

BBC Music Magazine was captivated by the combination of the Pavel Haas Quartet with Giltburg, naming the album of quintets as recording of the month almost immediately after it was issued. Later, BBC 3 added the prize for recording of the year. There followed awards from the journal Gramophone, Diapason d'Or, and many more. The main thing, of course, is that the quartet and the pianist obviously understand each other, and already then they were considering more joint projects. One of them will be next year’s concert at the Dvořák Prague Festival on 8 September – Dvořák’s birthday – with the Piano Trio No. 3 in F Minor by Antonín Dvořák and the Piano Quintet in E Flat Major by Robert Schumann. The concert will be part of the festival’s Chamber Series, the content of which will overlap with the Dvořák Collection series. And beginning in 2022, the focus will be on first-class performances of string quartets. One can hardly imagine a better guarantor than the Pavel Haas Quartet for such an event.

A Great Tradition with Remarkable Energy: The Vienna Philharmonic and Herbert Blomstedt

There are few orchestras in the world with as wonderful a reputation as the Vienna Philharmonic. Their guest appearance at the Dvořák Prague Festival with the living legend Herbert Blomstedt is planned for 12 September 2021. The Vienna Philharmonic is famed for its quality, long tradition, and conservative approach – among other things, the orchestra did not have a single full-time female player until 1997. There have been unflattering jokes about the great confidence of its members, today both male and female, but even the biggest jokesters have to admit that the orchestra is able to play its core repertoire splendidly and basically without rehearsing – even in the case of a work as demanding as Wagner’s Götterdämmerung. At their concerts, aesthetes can enjoy the beautiful sound and shape of the strangely winding French horns that are characteristic of the Viennese ensemble.

Today, the core repertoire of the Vienna Philharmonic includes the music of Anton Bruckner, who experienced more ridicule than fame during his lifetime. Still, he refused to change his style of composing, and he claimed that he would have to answer for his works before God, who had given him his talent, and not before mortals. Today, Bruckner is reckoned one of Austria’s and the world’s great musicians, and his Symphony No. 7 in E Major, which the Vienna Philharmonic and Blomstedt will be performing at the Rudolfinum, is one of his greatest and best-known works.

At the age of 93, Herbert Blomstedt is the doyen of today’s top conductors, but his enthusiasm has not abandoned him. As he puts it, music never times him. He has devoted himself to Bruckner systematically and has recorded the composer’s complete symphonies with the Leipzig Gewandhaus Orchestra. The extraordinary resources of the Vienna Philharmonic will therefore be in the hands of the ideal conductor. Blomstedt is convinced that Bruckner’s music can enable listeners to encounter something greater than themselves. “I’m not so naïve that I think that everybody goes out of the concert hall after a Bruckner symphony saying, ‘I won’t do so many bad things tomorrow. I’ll treat my wife nicer,’” said the conductor in an interview with Bruce Duffie, “but something in this direction, I think, is really true.”

The Past, Present, and Future All at Once: The Bamberg Symphony Orchestra and Jakub Hrůša

The concert of the Bamberg Symphony Orchestra with its current chief conductor Jakub Hrůša embodies links to recent music history, and it traces the unfathomable journey of music from Bohemia and Moravia “to the ends of the earth”. The concert also reaches out to the Czech and German tradition. It is widely known that the Bamberg Symphony Orchestra was founded by musicians who were forced to leave Prague after 1945. The orchestra still regards Prague as its cradle, and it continues to be known for its “böhmische Klang” – i.e. Czech sound – which it regards not merely as a musical quality, but actually as a way of life. 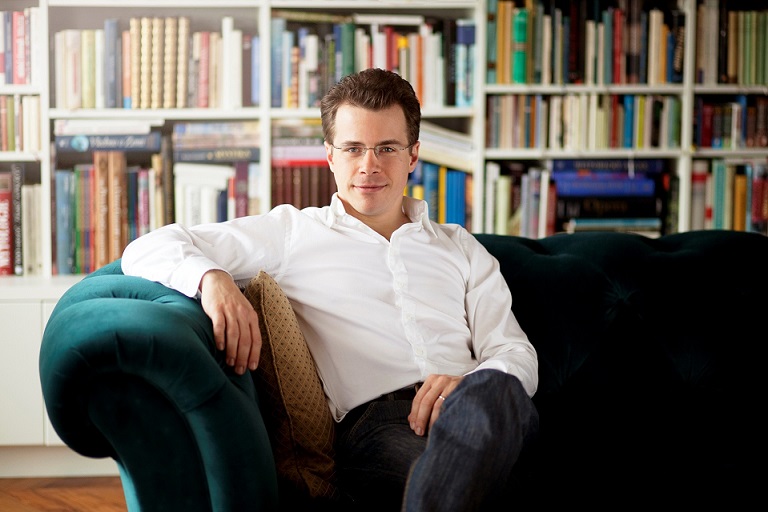 "Having people present live is always the most beautiful experience. The atmosphere that the public brings to the hall is indispensable for us", says the conductor Jakub Hrůša. The Bamberg Symphony Orchestra is coming to the Dvořák Prague Festival not only as an excellent guest ensemble, but also to share with the Czech Philharmonic the role of orchestra-in-residence. The link between the two orchestras is Jakub Hrůša, chief conductor in Bamberg and principal guest conductor of the Czech Philharmonic. Another point of contact is the violinist Jan Mráček, concertmaster of the Czech Philharmonic, who will be performing Erich Wolfgang Korngold’s Violin Concerto with the Bamberg Symphony Orchestra. Korngold, a native of Brno, became famous at the age of 23 for his opera The Dead City. Between the two world wars, Korngold conquered Hollywood and took part in shaping the characteristic sound of American film music.

The interconnections between the Czech musical milieu and the rest of the world are reflected in the programming of the concert. The concert overture Lady Godiva by Vítězslav Novák took its inspiration from the medieval English legend of a woman who rode naked through the streets of Coventry to save its inhabitants from high taxes. The programme then takes us to America with the Korngold concerto – the phenomenal violinist Jascha Heifetz gave the work its premiere in St. Louis. Antonín Dvořák wrote his second set of Slavonic Dances at a time when he was already an internationally acclaimed composer and a welcome guest in Berlin, Vienna, and London.

Musical Certainties Are Never Too Far Away

The next annual Dvořák Prague Festival might seem a long way off, and all the more so given the complications the whole world has faced all year. At the same time, however, the festival has become an even more important common goal than ever before. It gives musicians and audiences not only a tangible beacon of hope in the not too remote future, but also an opportunity to be a part of a major musical event that is an outgrowth of the finest traditions of music in this country and worldwide.